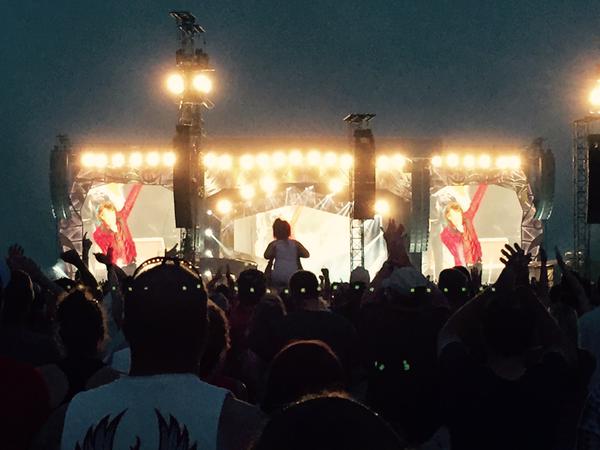 After the two headline acts that included a few songs preformed by Rascal Flats, Mick Jagger and Keith Richards, both 71 years old, appeared on stage.

The crowd of more than 55,000 people cheered. It’s been more than 20 years since the famous duo performed in town.

Die-hard fans started showing up around noon when the long check-in line outside the venue started to form. The front entrance on 16th street opened by 4 p.m., by then traffic was backed up for miles past Tibbs Avenue.

“I saw them in Atlanta, Georgia, and Ohio. They are playing better than ever. I am so excited to hear them again,” said fan Don Radcliffe.

“I flew in to see them. I bought VIP hospitality package so I will be close to the action,” said fan Stephanie Hurley.

Homeowners living in the Speedway area set up chairs outside around the track. After the concert, according to the Rolling Stones Website, the largest fireworks show in the country will take place.