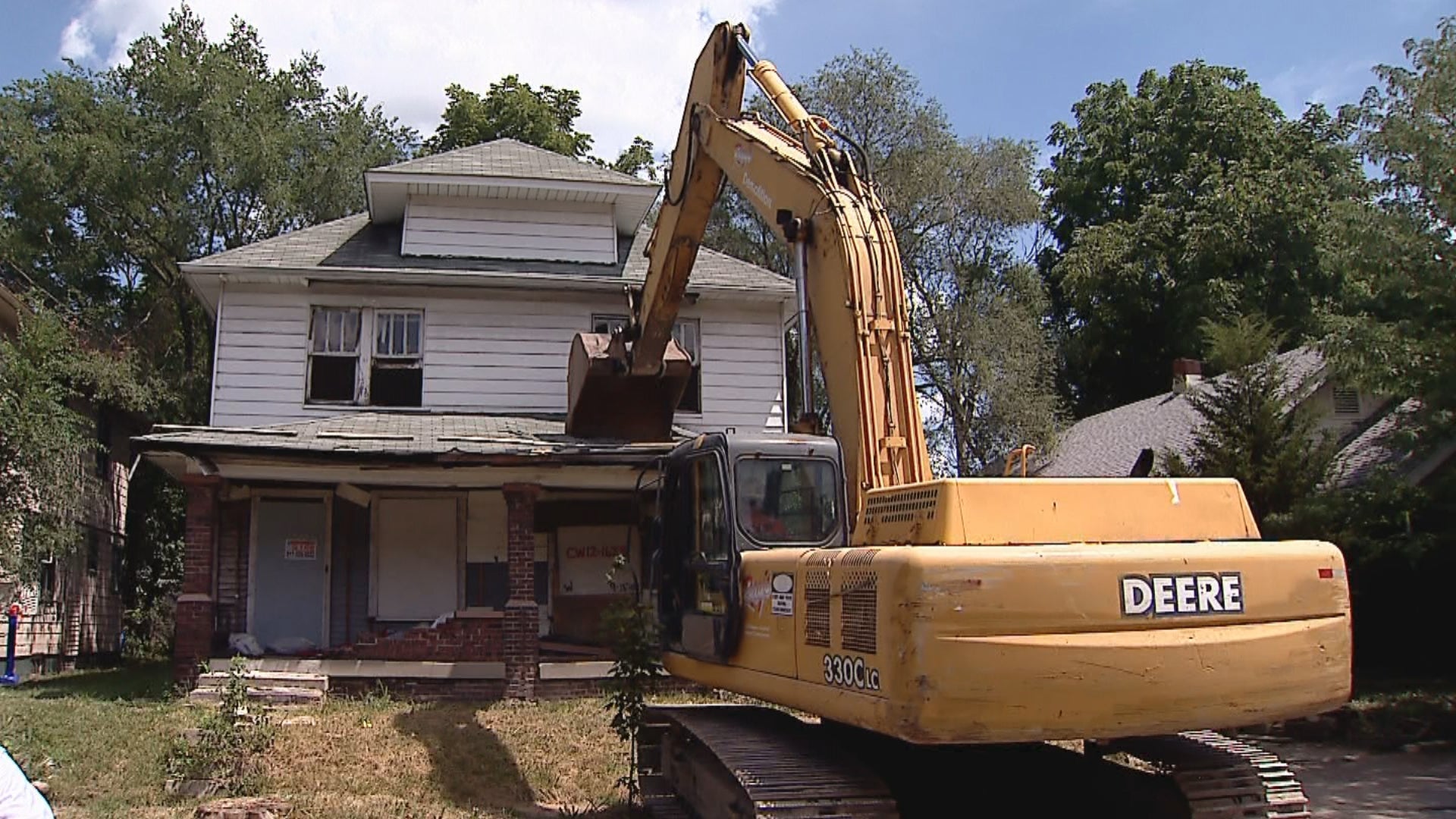 INDIANAPOLIS (WISH) — Gary Moody is a tall, thin man with a serious look through his thick, black-framed prescription glasses. Everything about him says he is a no-nonsense man.

Moody met News 8 to talk about the city’s plan to tear down 20 blighted homes. He is a home rehabber, environmentalist and community activist who says he has been pushing Indianapolis to develop a “deconstruction plan” for years.

A deconstruction plan, also called a salvage plan, would save anything worth keeping from a building set for demolition. The idea hit Moody in 2016 when he saw the city tear down a blighted house at the corner of North Oxford and East New York streets on the city’s east side. He watched as an excavator chewed its way through the roof and eventually clawed into the foundation.

“And that was a really great example of a house that could have been deconstructed. It is the right thing to do. It just depends on how much effort the city wants to put into getting it up and going. It’s a lot of work,” Moody said.

The house was reduced to a pile of concrete and wood in no time and quickly dispatched to the landfill. Moody called it a huge waste of resources and a missed opportunity.

“You know, put people to work and get in there and reuse that material. You know, ‘lower the carbon footprint,’ as the phrase goes,” Moody said.

Dimitri Kyser of the Department of Business and Neighborhood Services said a salvage plan would create liability issues in the demolition program, but that’s not to say a salvage plan is off the table.

“The city has considered it. There have been discussions as far as if a program would be viable for the city to do, to implement. We don’t necessarily have plans to implement a salvage program, but the conversation is ongoing,” Kyser said.

He added that laws and ordinances prevent people from going into vacant, abandoned buildings without a court order, which technically makes it difficult for the city to adopt a salvage plan without legislative intervention.