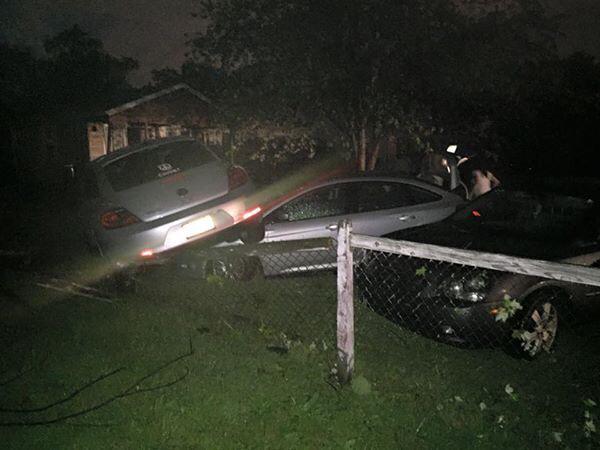 INDIANAPOLIS (WISH) — Severe weather slammed Central Indiana Saturday, drenching the region in heavy rain and leaving behind a wake of damage in some areas.

Reports of damage in the metro area were heaviest on the northeast side of Indianapolis. Viewer photos showed cars tossed on top of each other and trees split near the intersection of Southeastern Avenue and Emerson Avenue.

Duke Energy and IPL crews were working Sunday morning to restore service to thousands of customers effected by storm damage.

There was no indication on radar that a tornado touched down in the WISH-TV viewing area. The National Weather Service did not issue a tornado warning.

Evening storms on Saturday are likely to continue into Sunday morning and will bring heavy rain and the potential for severe weather.

A flood watch has been issued for most counties in Central Indiana north of Indianapolis. Heavy rain of two to three inches could be possible Saturday evening and into early Sunday morning.

Strong storms may also bring gusty winds and the possibility of large hail. Lightning has been frequent in storms that have developed during Saturday afternoon.

Earlier on Saturday, a wind gust to 58 mph was reported at Indianapolis International Airport as a thunderstorm rolled through downtown Indy. Some power outages were reported on Indy’s west side.

The heavy rain may be beneficial to some locations as dry conditions persist. At Indianapolis, just over an inch of rain (1.09″) has been recorded so far for May. May is the wettest month of the year, averaging 5.05″ of precipitation.

Heavy rain and storms will wrap up Sunday between midday and afternoon. In the wake of the heavy rain, much cooler air will arrive as conditions dry out to start a new work week.