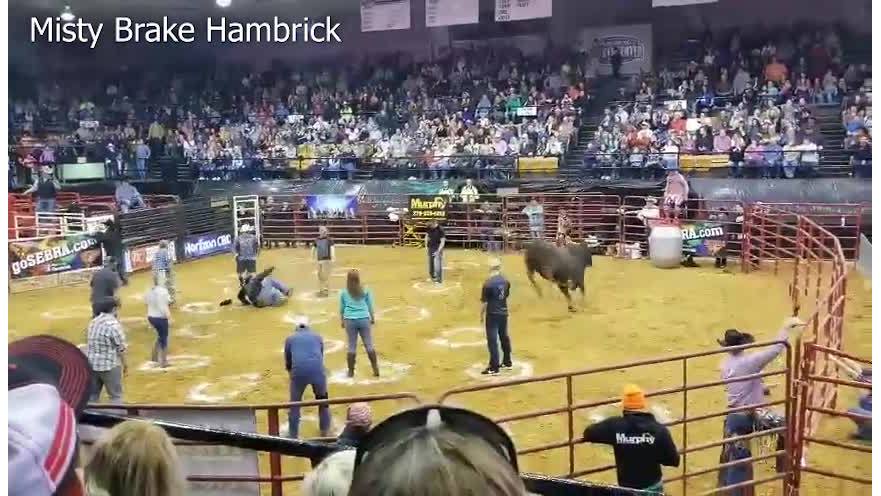 OWENSBORO, Ky. (WEHT) — Over the weekend, several people were hit by a bull during a ‘Cowboy Pinball’ game at the “Bull Bash” in Owensboro.

The event was held at the Sportscenter Saturday night.

Shocking video is spreading on social media, showing where at least three people were hit by a bull during the ‘Cowboy Pinball’ game.

Those in attendance said that you had to show ID and sign a waiver to participate in the game.

WISH-TV’s sister station WEHT has reached out to officials affiliated with the Sportscenter and those in attendance to find out more about what happened over the weekend.

WARNING: You may find the video above disturbing. Viewer discretion is advised.