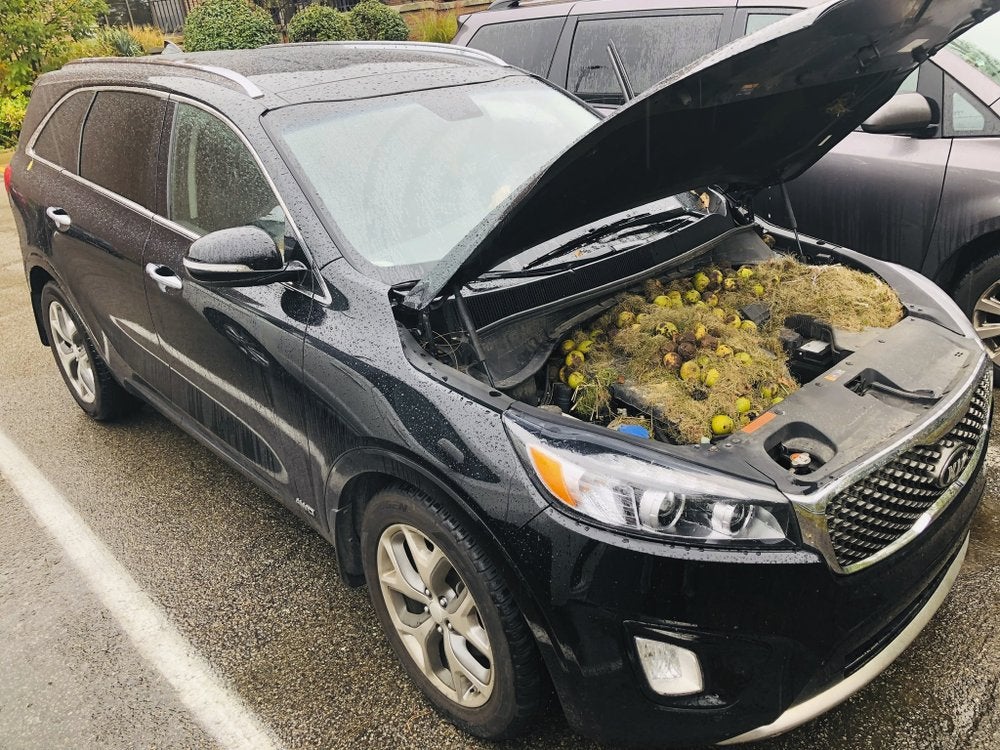 This Monday, Oct. 7, 2019, photo provided by Chris Persic shows walnuts and grass under the hood of his family's SUV, in the Pittsburgh area. It turns out squirrels stored more than 200 walnuts under the hood of the car. Persic's wife, Holly, discovered the walnuts and grass when she popped the hood after going to start the car and the vehicle smelled like it was burning. (Chris Persic via AP)
by:
Posted: Oct 10, 2019 / 05:48 AM EST / Updated: Oct 10, 2019 / 05:48 AM EST

PITTSBURGH (AP) — A Pittsburgh area couple found out where all their walnuts have gone.

It turns out squirrels stored more than 200 of them under the hood of the couple’s SUV.

Chris Persic tells KDKA-TV his wife called to say the vehicle smelled like it was burning. When she popped the hood, she found walnuts and grass piled over the engine.

They took the SUV to a mechanic who found half a trashcan of walnuts under the engine.

Persic says there was not any extensive damage.

But a squirrel may have chewed through or pulled out the fuel injector hose on his new truck.

The Persics have gotten a quote on removing a black walnut tree from their property.