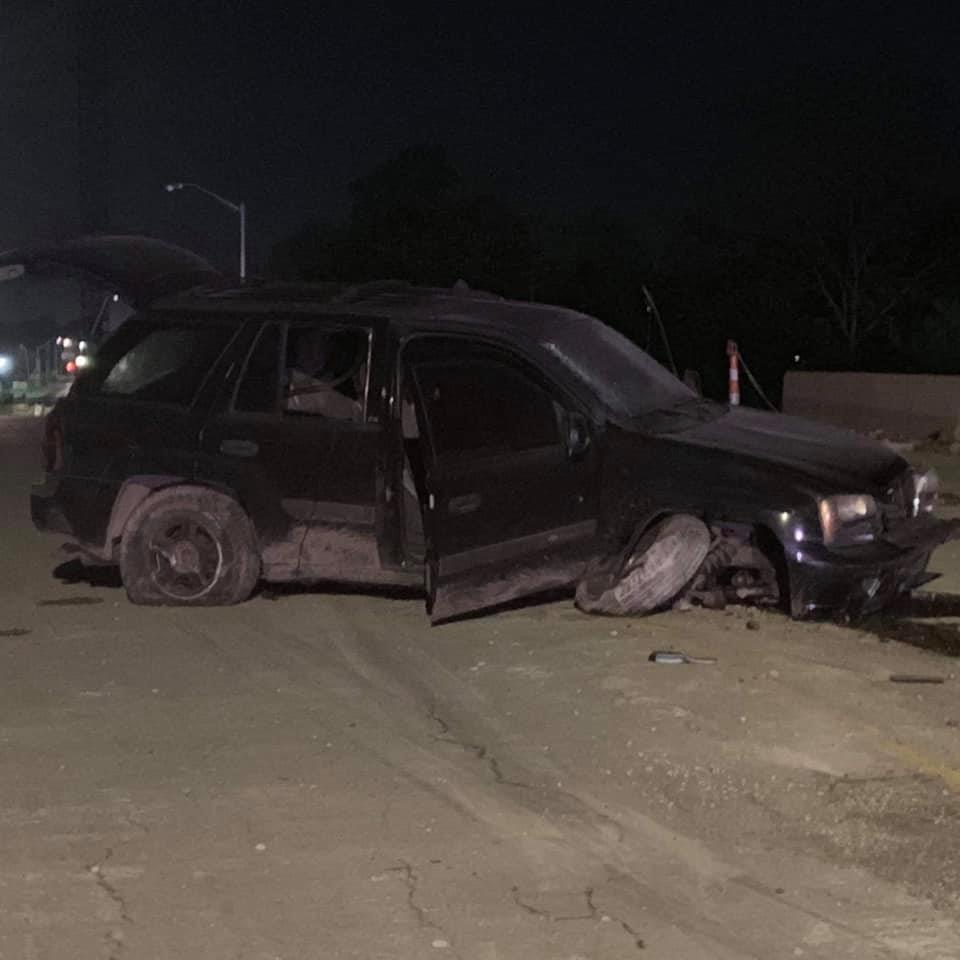 INDIANAPOLIS (WISH) – Police were involved in a wild situation Sunday night on the city’s east side.

According to the Indianapolis Metropolitan Police Department, officers attempted to pull over a vehicle in the area of 38th Street just west of Shadeland after it nearly struck an officer’s patrol car.

However, the vehicle refused to pull over as it continued to travel down the road with a sign stating a bridge was out up ahead. Ignoring the sign, the driver attempted to cross the road but instead, the vehicle skidded and became stuck in the exposed beams.

The driver exited the vehicle and ran from the scene. However, a passenger in the vehicle, who was on house arrest, was taken into custody.

In addition to the passenger, police also found a prosthetic leg in the car, but they aren’t sure to whom the leg belongs.