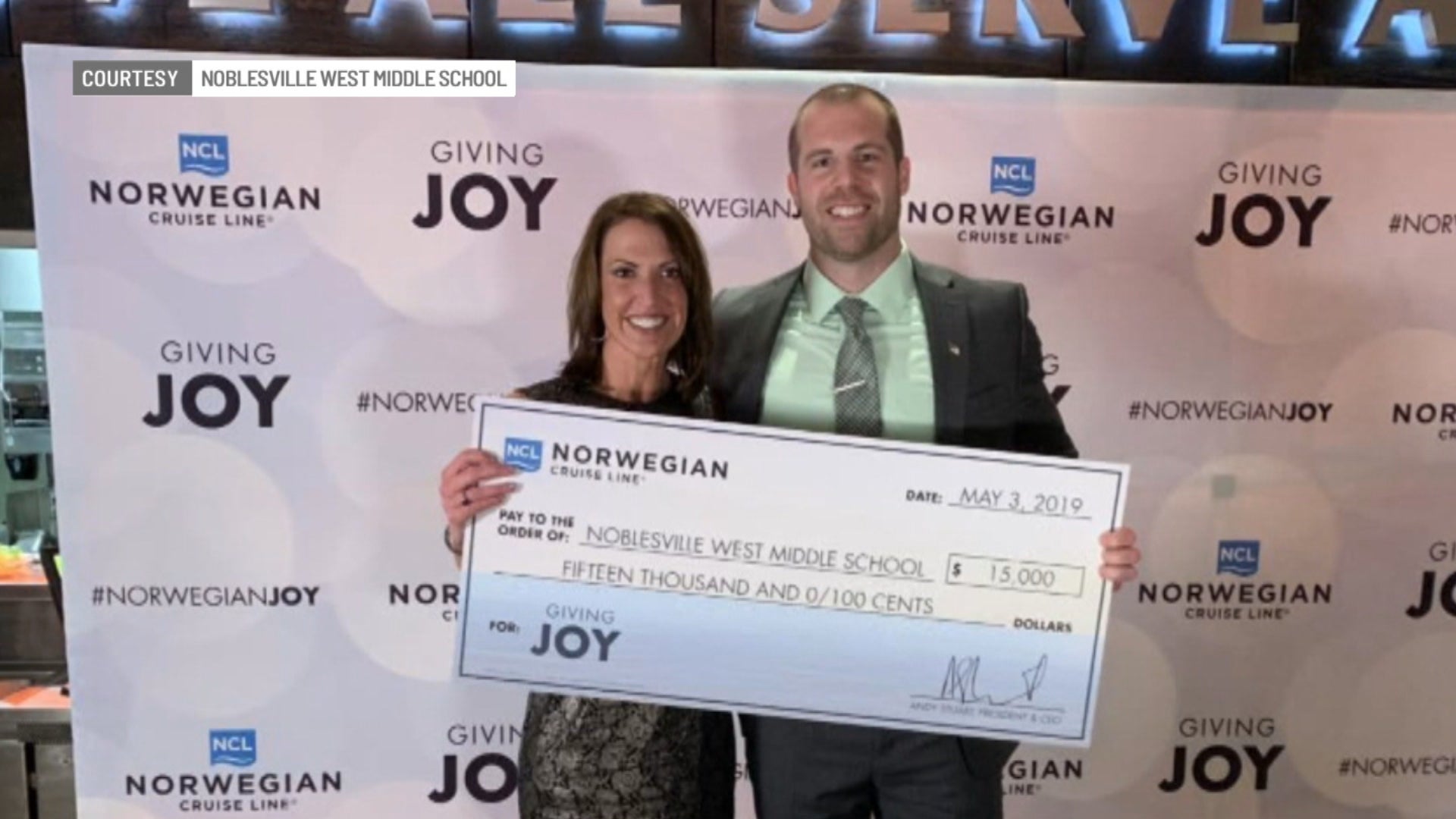 Seaman placed second in the cruise line’s Giving Joy campaign. The award was made as teacher appreciation week began.

A parent nominated Seaman after he stopped a student shooter May 25 in the school. Seaman and another student were shot. Ella Whistler, 13, was shot in the face, neck and upper chest. A science teacher, Seaman, 29, ended the shooting when he tackled the youth. Seaman was shot three times in the attack.

The school says it plans to use the money for teacher recognition.

Seventh-grader David Moore admitted to the crime. Prosecutors gave his name when he was initially charged, and the FBI said in April that Moore was the youngest active shooter in the nation in 2018. Moore was not charged as an adult because the shootings did not result in a death, which is required under Indiana law. Moore was sentenced to juvenile prison until he turns 18.