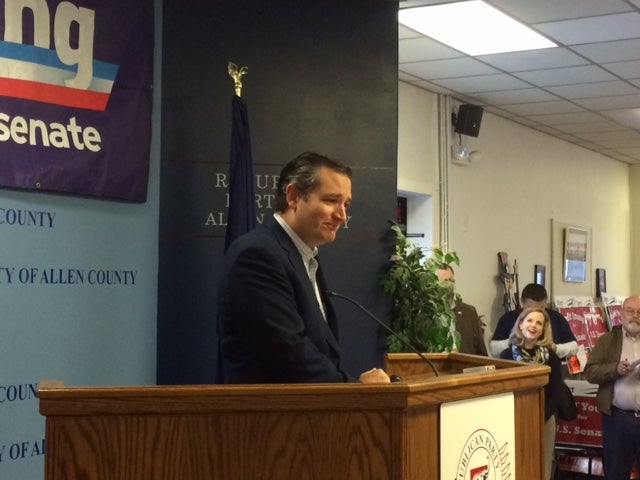 “It is close,” Senator Cruz (R-Texas) said regarding the senate races that could make or break a republican majority.

But of most those in the audience were there to see the senator and former Republican candidate for president.

“I got to tell you the eyes of the country are on the state of Indiana,” Cruz told the crowd. “What I want to ensure is that we have a Republican majority leader. It’s the reason I’ve been traveling the country campaigning with Republican senate candidates.”

As a Republican candidate for president, Cruz won Allen County in May’s primary. In a room full of likely Republican voters, cheers and head nods followed most of what Cruz said. During an election filled with undecided voters the duo agreed their time was best spent inside the county’s Republican headquarters.

“Sometimes the choir needs preaching,” Cruz said. “This is all about turnout.”

“The momentum is at our back,” Young said. “It’s just important now that Republicans come out to vote.”

In a poll released this week, Young has pulled ahead of opponent Evan Byah. Byah has been leading most of the time. However, five percent of voters remain undecided in this race.