Top Austrian court says Ukrainian oligarch can be sent to US 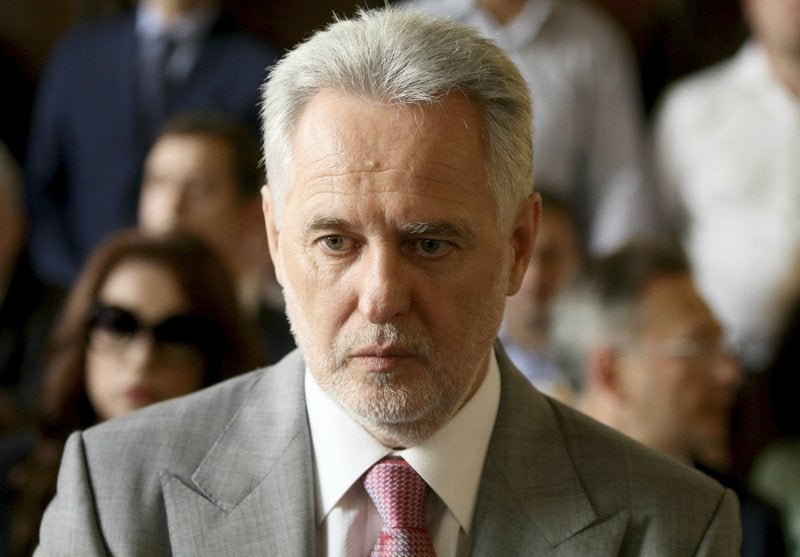 VIENNA (AP) — Austria’s Supreme Court of Justice ruled Tuesday that a Ukrainian oligarch who prosecutors say had business ties to President Donald Trump’s ex-campaign manager, Paul Manafort, can be extradited to the United States in a bribery case.

Judges upheld a Vienna court’s ruling that Dymitro Firtash, who was arrested in Austria in 2014 and then freed on 125 million euros ($142 million) bail, can be sent to the U.S. The decision comes days after a Chicago federal judge rejected a motion to dismiss an indictment accusing Firtash of a conspiracy to pay bribes in India to mine titanium, which is used in jet engines.

Firtash denies wrongdoing and argued that the U.S. has no jurisdiction over crimes in India. However, federal Judge Rebecca Pallmeyer ruled that it does because any scheme would have impacted a Chicago-based company.

American aviation giant Boeing, based in Chicago, has said it considered business with Firtash but never followed through. It is not accused of any wrongdoing.

The Austria Press Agency reported that Justice Minister Clemens Jabloner will now have to decide whether the extradition can go ahead and his decision is likely in coming days.

In a protracted legal battle, a Vienna court initially ruled against extradition on the grounds that the indictment was politically motivated. A higher Vienna court in February 2017 rejected that reasoning as “insuffiently substantiated” and ruled that Firtash could be extradited. Austria’s Supreme Court of Justice upheld that ruling.

Before becoming Trump’s campaign manager, Manafort pursued a business deal with Firtash to redevelop a Manhattan hotel. Manafort isn’t accused of wrongdoing in the Chicago case.