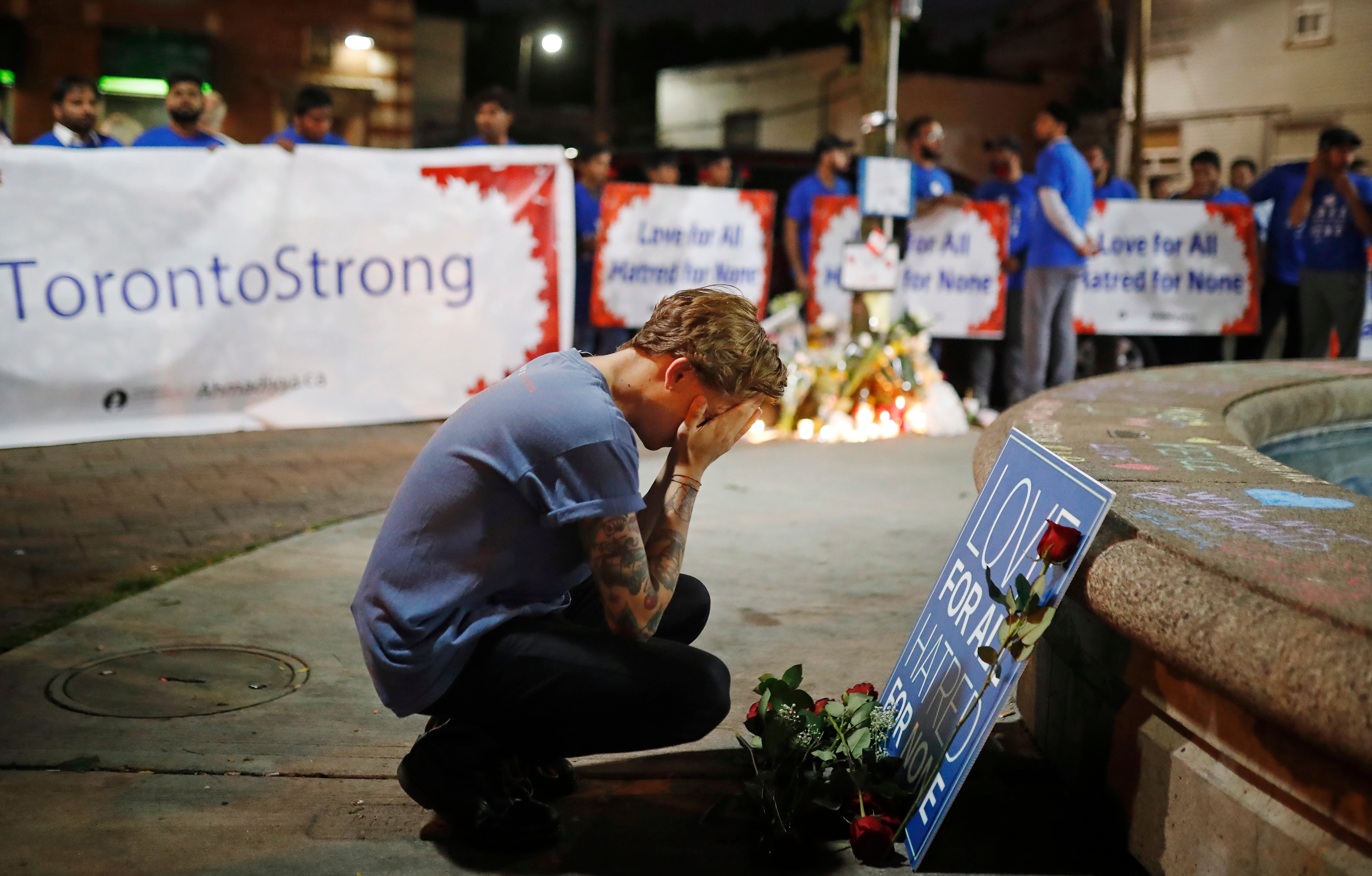 TORONTO (AP) — Ashley Robinson saw Faisal Hussain almost every day when she walked her dog on the winding sidewalk near her high-rise apartment building.

“He always was smiling,” she said, adding that they lived in the same building in Thorncliffe Park, a 21-story gray building that’s home to immigrants and Canadians alike.

The tall man from floor seven made a point to pet Robinson’s low-slung lab-heeler mix named Dax and would often remark that he was a good dog. “A lot of people here are afraid of my dog, but he wasn’t.”

Robinson didn’t know Hussain’s name until Monday, when she saw video of him on the news. His lanky body was clad in black. His arm, calmly, meticulously raised a handgun and people as they strolled in Toronto’s Greektown neighborhood.

“I teared up when I saw that video,” said Robinson.

A 10-year-old girl and an 18-year-old woman were killed. Thirteen other people were injured. Hussain was also shot, but it’s unclear whether it was from his own gun or a bullet from police.

Authorities are investigating Hussain’s motive, but nearly 24 hours after the shooting, there had been no social media posts, no angry online revelations, no rambling videos.

But while many in the apartment complex reported seeing the 29-year-old happy and smiling, that outward cheer hid a dark secret.

“Our son had severe mental health challenges, struggling with psychosis and depression his entire life,” his family said in a statement Monday.

Hussain lived with his parents in the building, and neighbors said the family was Pakistani. Hussain, who was 29, was born in Canada, said people who knew the family.

Aamir Sukhera said Hussain was a close family friend of the dead suspect who lived with his parents in a low-income apartment in the east end of the city. Residents of the neighborhood said Hussain’s family has suffered other tragedies in recent years, including the death of Hussain’s sister from a car crash.

“He had a million-dollar smile. He was very upbeat and happy whenever I saw him,” Sukhera said, adding that Hussain “seemed fine.”

But his family said in the statement that they’d sought treatment.

“The interventions of professionals were unsuccessful. Medications and therapy were unable to treat him. While we did our best to seek help for him throughout his life of struggle and pain, we could never imagine that this would be his devastating and destructive end.”

On Monday, outside of the Thorncliffe Park apartment building, little kids ran on the grass, women gathered in groups to talk, and men stared at the building, trying to comprehend how, or why, a neighbor would do something so horrific. People from Sri Lanka, Slovakia, India, Bangladesh, Pakistan, Afghanistan, the Philippines and Canada all live in the neighborhood, and normally coexist peacefully.

The area, which is considered lower-middle class by Toronto standards, is generally safe, although some residents have reported an uptick in crime.

Gun violence is almost unheard of in the area and in Toronto, and the realization that a neighbor had gotten a handgun was deeply unsettling to many of Hussain’s neighbors.

“How did he get the gun?” said 39-year-old Malak Faisal, a father of two. “We live in Canada. We don’t live where buying a gun is easy.”

All Indiana Politics / 12 mins ago