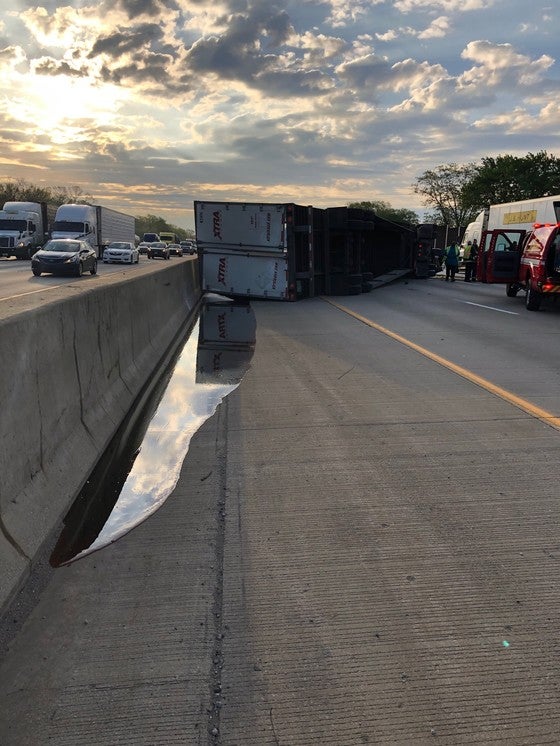 LAKE COUNTY, Ind. (WISH) – It was a sticky situation Wednesday morning for drivers in northern Indiana.

According to the Indiana State Police, a semi carrying 41,000 pounds of “Amber Honey” overturned on I-80 in Hammond.

Four of the truck’s eight containers of honey were said to be leaking.

Police say the driver told them he had just fueled up prior to the accident so in addition to the honey leaking on the road, there was also diesel fuel.

Three lanes of I-80 eastbound have been closed as crews work to clean up the scene.

Officers say that it appears the driver lost control of the truck after its front axle broke.

There were no injuries in the incident.