Video: Snake ‘attacks’ Alabama man after its head was shot off 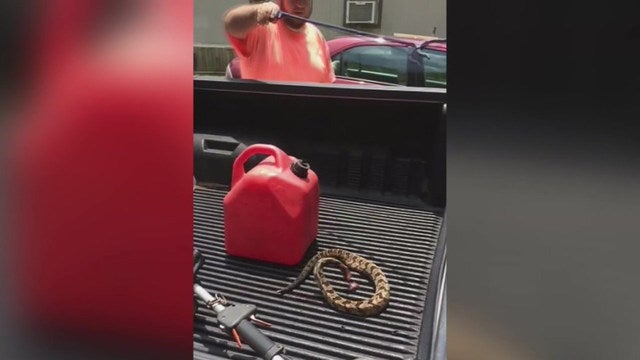 (WIAT) — Billy Forbus of Alabama was “attacked” by a headless snake about an hour after he thought it was dead.

He shot the snake, taking its head off in the process, and put it in the bed of his truck. Then…the snake began striking at Forbus!

Snakes are among the few unique creatures than can still attack even after they’ve been beheaded. The animals have very slow metabolisms which allow their internal organs to stay alive much longer.

So why do they attack? Scientists say snakes likely perceive the situation as a last-ditch opportunity to survive.