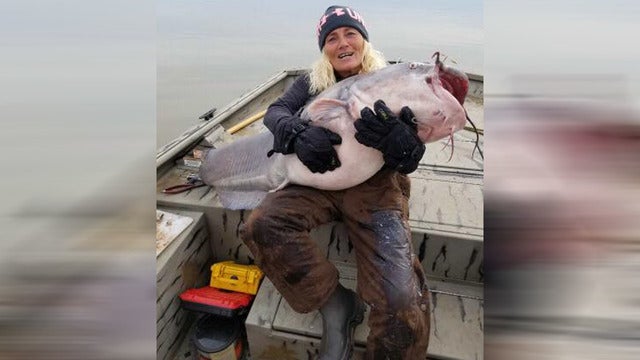 NASHVILLE, Tenn. (WKRN) – A woman who caught an 88-pound catfish out of Kentucky Lake now has massive bragging rights.

According to the Tennessee Wildlife Resouces Agency, calling the catch a “river monster!” Paula Cathey Smith caught the fish while out on the lake Sunday, Dec. 30, 2018.

Kentucky Lake is located northwest of Nashville and straddles both state lines.

No word yet on what type of pound-test she was using or the kind of bait used to lure the huge fish on. That remains a secret.

The fish was released shortly after Smith captured the moment with a photo – proof of her fishing accomplishment.