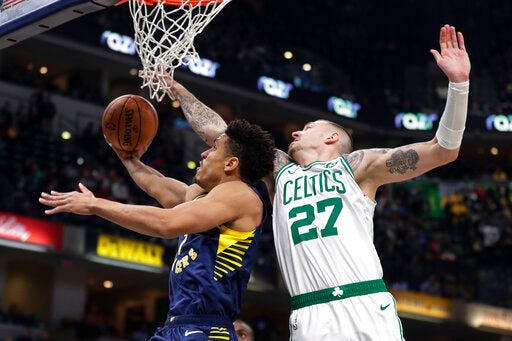 INDIANAPOLIS (AP) — Malcolm Brogdon scored 29 points and Aaron Holiday scored 11 of his 18 points in the fourth quarter to help Indiana rally past Boston.

Indiana trailed 94-84 after three quarters but took the lead for good on the first of Holiday’s two 3-pointers with 4:16 left.

Kemba Walker scored a season-high 44 points and had seven assists — not enough to extend the Celtics’ four-game winning streak.

Domantas Sabonis flirted with a triple-double before finishing with 15 points, 14 rebounds and eight assists. Brogdon closed it out by making all six free throws in the final 17 seconds.