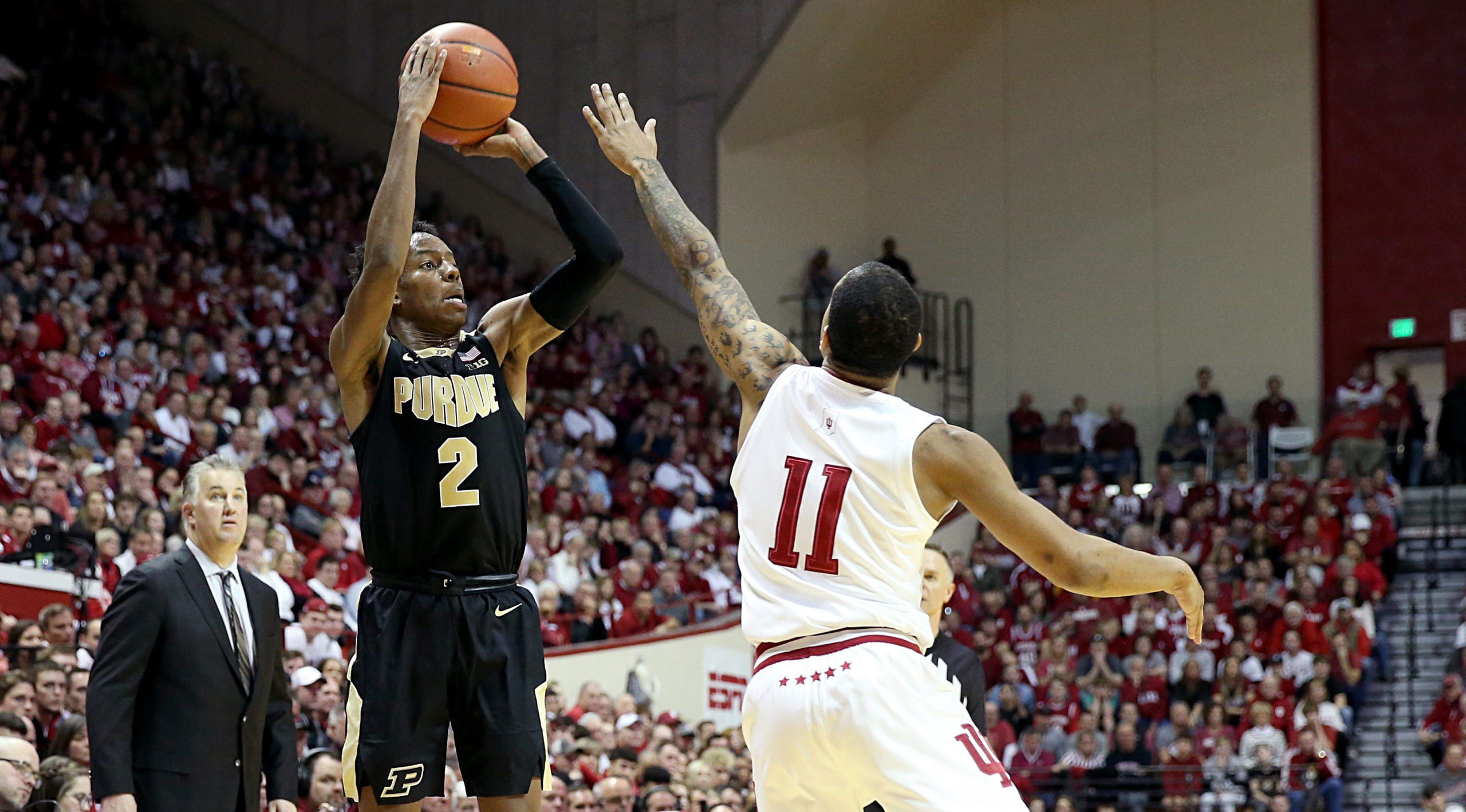 BLOOMINGTON (AP) — Purdue took control with a scoring run late in the first half then pulled away in the second half to get past Indiana 74-62.

The Boilermakers have won three straight overall and six straight against their biggest rival.

Indiana lost its fourth in a row despite getting 16 points and eight rebounds from Trayce Jackson Davis.

The loss ruined the long-awaited return of former coach Bob Knight at halftime.

It was his first time back at Assembly Hall since he was fired in September 2000.