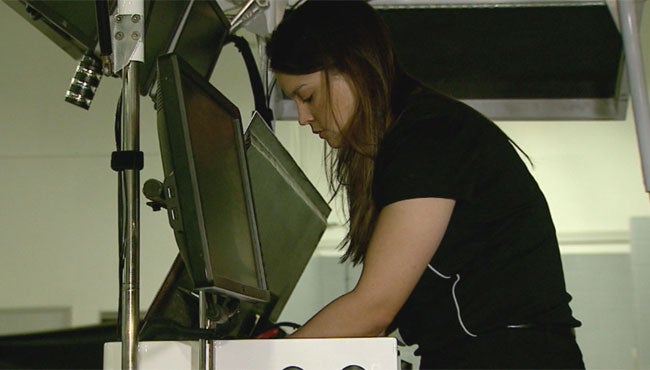 INDIANAPOLIS (WISH) – In week two of 24-Hour News 8’s Indy Trailblazers series, we take a look at one of the only female engineers in IndyCar.

Women working behind the scenes of IndyCar are few are far between that’s what makes Ganassi engineer Kate Gundlach so special. She’s one of only a few female engineers on the circuit and the only one helping call the shots on the timing stand for Charlie Kimball’s No. 83 car.

“There’s so much she has to do,” said lead race engineer Brad Goldberh. “She has to help me make sure that the car is competitive and fast day in and day out, so her job description is very tough.”

Kate’s love of racing came early. Her parents and grandparents raced motorcycles growing up. She graduated from the University of Pittsburgh with an engineering degree, then spent several years in Star Mazda before making the jump to IndyCar. She admits working on IndyCars was intimidating.

“Touching the big IndyCars, you’re like ‘Oh Man,” but it’s just another race car like anything else,” said Kate.

She’s also had to build a lot of trust with Charlie and the rest of the team.

“It’s a big family. They’re a bunch of brothers to me,” said Kate.