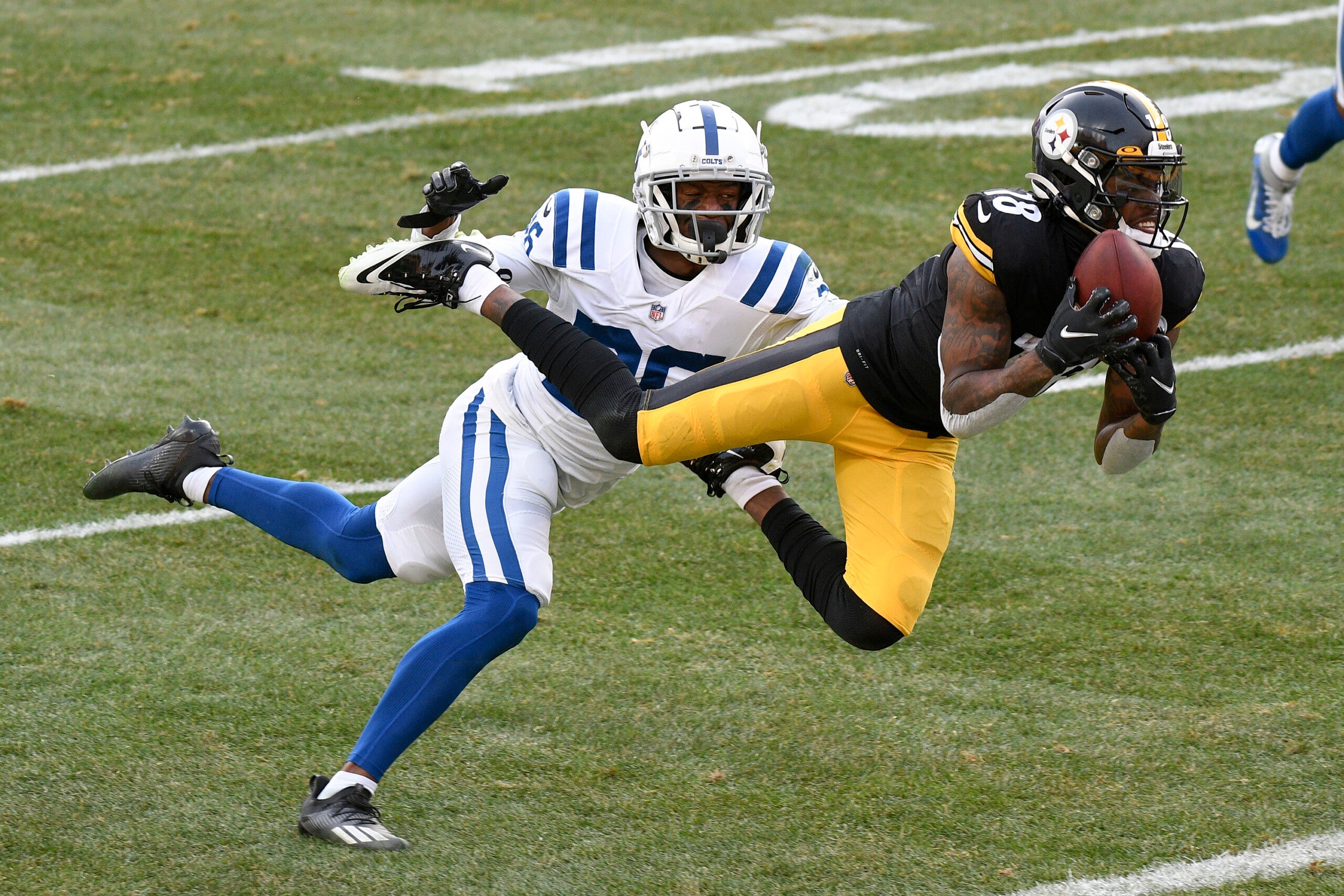 Ben Roethlisberger overcame a month-long malaise to throw for 342 yards and three second-half touchdowns as the Steelers locked up the division title with a stunningly improbable 28-24 victory on Sunday.

Listless and lifeless for weeks thanks to a three-game losing streak that followed an 11-0 start, Pittsburgh (12-3) somehow got it together over the final 25 minutes against the Colts (10-5). Indianapolis missed a chance to inch closer to a playoff berth when it let a 17-point third-quarter lead slip away.

Roethlisberger, who looked uneven at best and ineffective at worst during Pittsburgh’s recent slide, snapped out of it. He ditched the dink-and-dunk approach that had worked during the early portion of the season but became far too predictable during a December swoon.

The 38-year-old quarterback kick-started the comeback with a 39-yard strike to Diontae Johnson and brought the Steelers within a touchdown on a 5-yard pass to Eric Ebron. He gave Pittsburgh its first second-half lead since Dec. 7 when he audibled into a play that ended with Roethlisberger threading the ball between two Colts to JuJu Smith-Schuster from 25 yards with 7:38 to play.

Indianapolis, so dominant during a first half in which it outgained the Steelers 206-28, had two chances to reclaim the lead in the fourth quarter. The first drive ended with Philip Rivers throwing an interception deep in Pittsburgh territory. The second ended with Rivers’ heave to Zach Pascal sailing high on fourth down.

VOTE IN OUR POLL:

Rivers finished 22 of 35 for 270 yards with a touchdown and a pick. Rookie running back Jonathan Taylor ran for 74 yards and two touchdowns but basically disappeared in the second half.

The victory ended a baffling funk in Pittsburgh, which remained unbeaten through the first three months of the season. All that magic disappeared in December. Injuries chipped away at the linebacking group in particular. The lack of any consistent running game put more pressure on Roethlisberger to pick up the slack.

None of it worked. And while the Steelers tried to stay upbeat, they hardly looked playoff worthy during what looked like a freefall after the Colts did whatever they wanted in the first half.

Despite missing both starting offensive tackles, Indianapolis spent the first half running right over the NFL’s second-ranked defense. A 6-yard Taylor burst up the middle on Indianapolis’ first drive gave the Colts the early lead. The rookie’s second score — a bruising 1-yard plunge in which he absorbed four hits before stretching across the goal line — were part of an early deluge as the Colts built a 24-7 lead.

Yet all it took was one throw, a line drive from Roethlisberger to a diving Johnson, to bring the Steelers back to life. An hour later Pittsburgh walked off the Heinz Field turf assured of its first division title since 2017 and at least one home playoff game.

Now their regular-season finale at Cleveland seems relatively meaningless (at least to the Steelers). Meanwhile, the Colts head into the finale against Jacksonville with their playoff status uncertain.