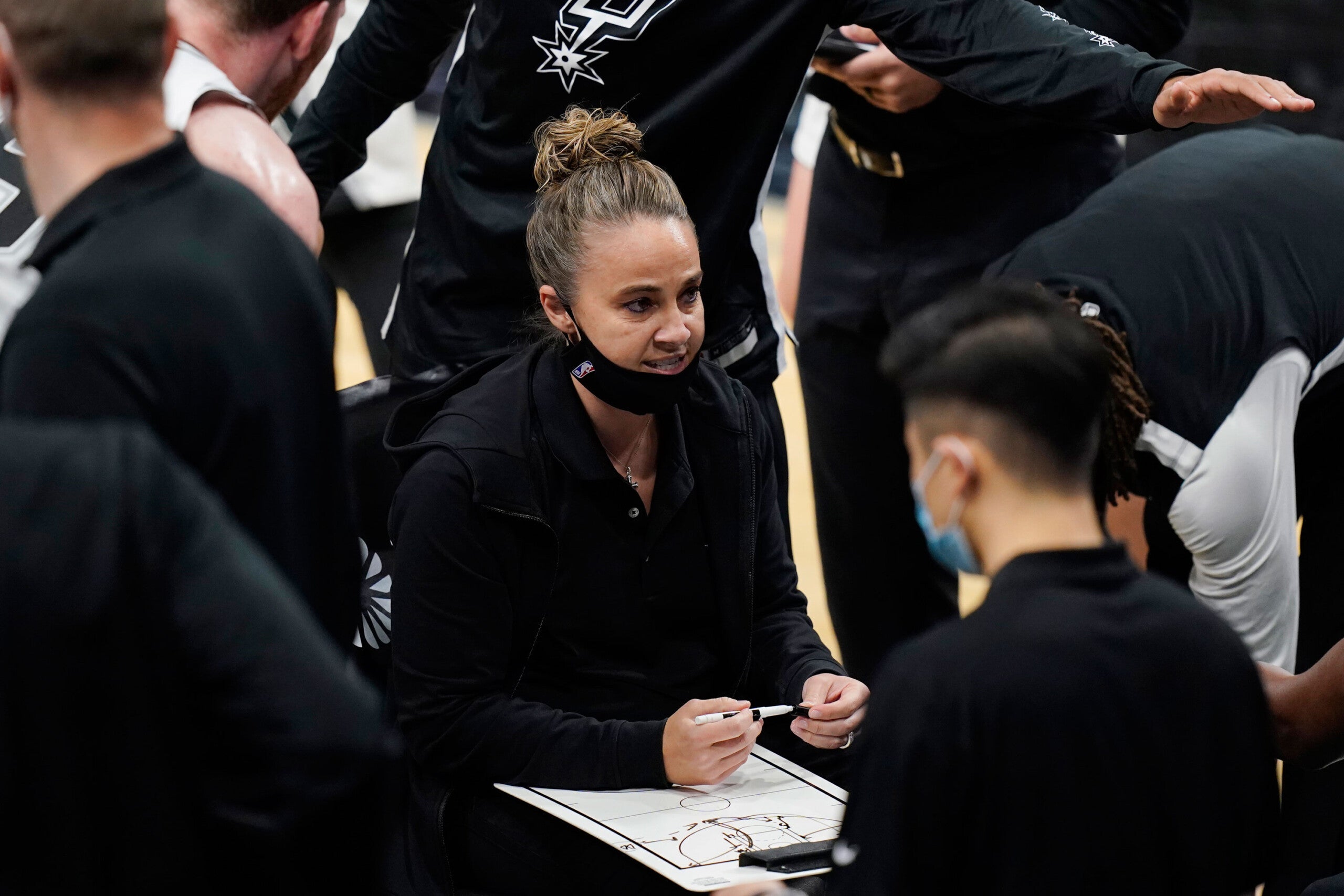 (CNN) — Becky Hammon became the first woman to direct an NBA team as a head coach during the regular season, when she took over for San Antonio Spurs head coach Gregg Popovich when he was ejected during a game on Wednesday.

Hammon stepped in with 3:56 left in the second quarter in the Spurs’ game against the Los Angeles Lakers. The Lakers went on to win the game 121-107.

“Obviously it’s a big deal. It’s a substantial moment,” Hammon said to reporters. “I’ve been a part of this organization. I got traded here in 2007 (when in the WNBA), so I’ve been in San Antonio and part of the Spurs and sports organization with the Stars and everything for 13 years. So I have a lot of time invested, and they have a lot of time invested in me in building me and getting me better.

“Honestly, in the moment, I was just trying to win the game. I say this a lot, but I try not to think about the huge picture and the huge aspect of it because it can get overwhelming. It’s my job to go in there to be focused for those guys and make sure that I’m helping them do the things that will help us win.

“I really have not had time to reflect. I haven’t looked at my phone, so I have no idea what’s going on outside of AT&T Center tonight.”

Hammon said she didn’t walk into the arena thinking that she would be put into the role of head coach, “but that’s the way things go and you roll with it,” she said. “I would have liked a different outcome. Overall, I would have loved to get a win tonight more than anything.”

Popovich will be credited as the head coach in the official statistics, but it was a historic moment. As to how Hammon found out she would take over for Popovich? “He officially pointed at me,” she said. “That was it. He said, ‘You got ’em.'”

“Becky Hammon is an enormously talented coach and it was outstanding to see her reach such a truly significant milestone,” NBA commissioner Adam Silver said. “She continues to be an inspiration to so many people, especially countless young women and girls. Kudos to Becky on this well-deserved achievement and to Pop and the Spurs organization for leading the way.”

Hammon, a six-time WNBA All-Star in her 16-year playing career, was the first full-time female assistant coach in NBA history when hired by the Spurs in 2014. She previously has served as the Spurs’ head coach during Summer League, which is held during the offseason.

Hammon is once again a nominee for the Naismith Memorial Basketball Hall of Fame, for the class of 2021. Before Wednesday’s game, Popovich was asked about that, as well as for his thoughts on Hammon’s playing days and coaching career.

“Obviously, I think very much of her abilities having hired her. That all began when I saw her play,” Popovich said.

“She was a leader, everybody on the team reacted to her, she was very confident, very competitive and she led the whole show. And when I got to know her and she was in our coaches’ meetings before she was hired, while she was hurt for a season, we found out about her knack for the game, her innate understanding of what wins, what loses, what has to be there to make a program.

“So she’s got all of the tools necessary to be a heck of a coach in our league.”

Said Spurs point guard Dejounte Murray after the game: “The future is bright for her. I hope she just sticks to it and doesn’t give up. One day it may happen, it may not happen, who knows, but she’s definitely on the right road. I think everybody here appreciates her. … She’s setting an example for every woman out there.”