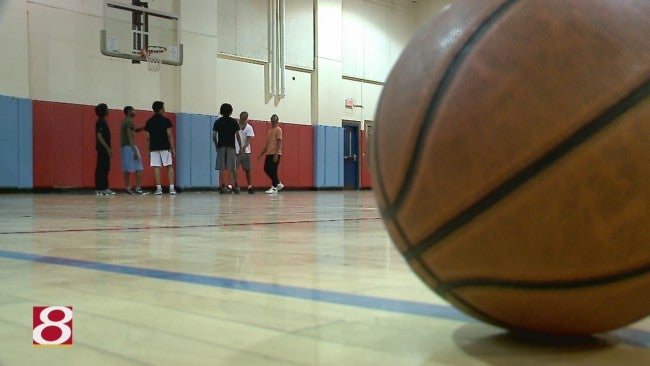 INDIANAPOLIS (WISH) — Guerin Catholic and Park Tudor have tasted recent success on the hardcourt and both are looking for more Saturday.

The Panthers already have three title banners hanging in their gym and experience will play a big factor in the Panthers pursuit of a second back-to-back. They face Frankton in the 2A championship Saturday afternoon.

PT has had to change to get the chance to win again. The Panthers lit it up on offense a year ago. Now it’s gritty defense getting it done, and history will help.

‘We’ve been there before,”said senior guard Bryce Moore. “We’ve been able to fight through adversity, things like that. We’re used to the stage, so we’re going to just come out and play.”

In 3A, Guerin Catholic faces a Griffith team who’s season was suspended for fighting, but won an appeal to continue playing. The Eagles are focused on one thing. Adding another championship to the one the program won three years ago.

“Obviously, that was a different team than us this year,” said scoring star Matt Holba. “We just got to figure out what our guys have to do now to bring home another one, and then maybe people will be talking about us later on.”

“None of us has captured a state championship,” said fellow senior Nick Schneider. “It would be like nothing else, going out my senior year, it’s bittersweet if we could do that, it would be great.”

Both the Eagles and the Panthers want to cement their own legacies in IHSAA basketball history.