Meteorological fall: averages and its history 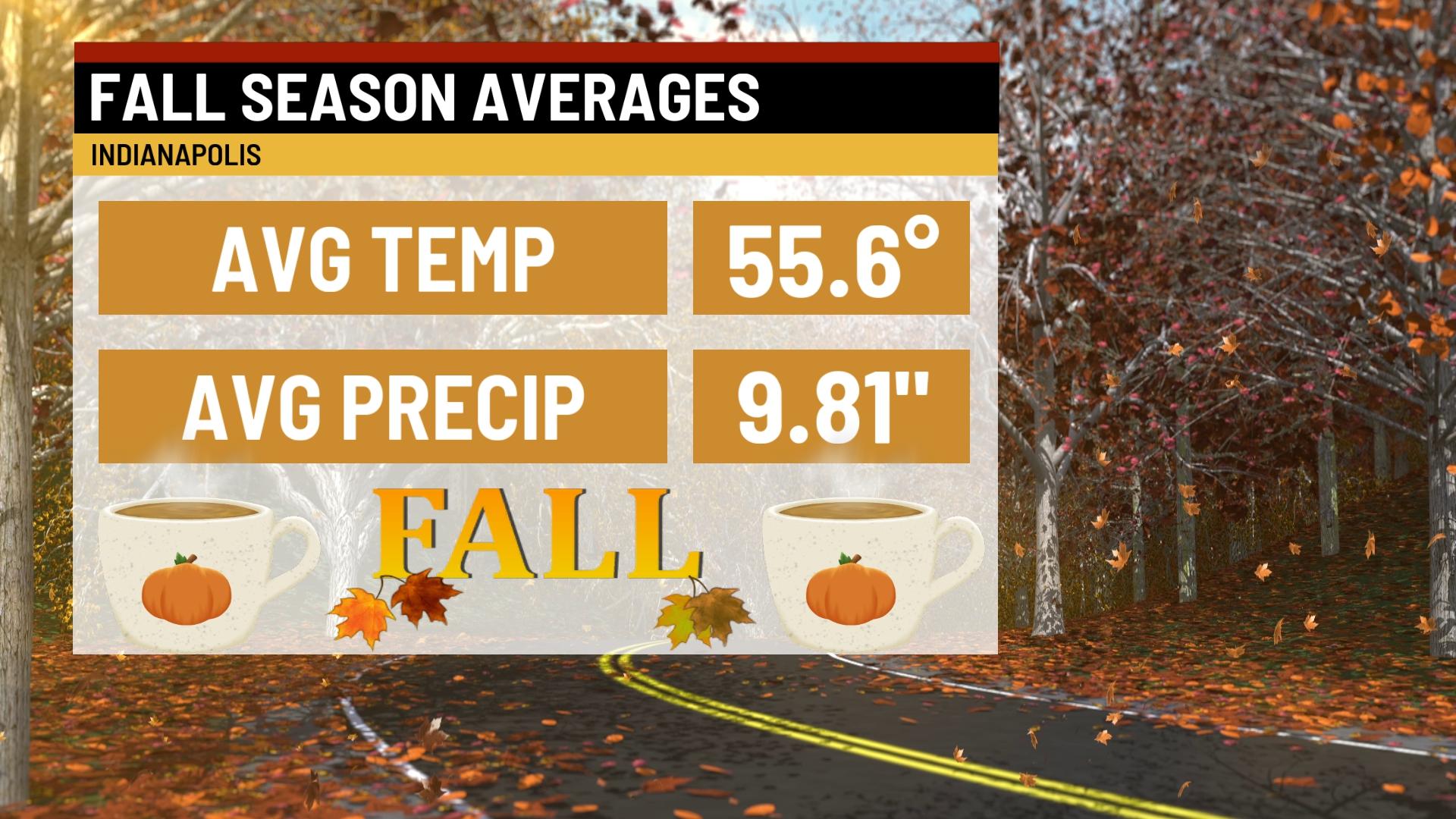 INDIANAPOLIS (WISH) — The fall season is beloved by many who are ready to unwind from the summer heat and enjoy the changes of scenery around them.

Meteorological fall is defined by the timeline from Sept. 1-Nov. 30. As we make our way throughout fall, we gradually become cooler on average. However, there is a slight increase with the average amount of rain and snow we receive in the timeframe of meteorological fall. When you average out everything across the board, the meteorological fall season has an average temperature of 55.6 degrees, an average precipitation of 9.81 inches, and even 0.9 of an inch of snow.

In our Sept.9 web weather story, September’s averages we’re discussed in which it is a mild to warm month with just over 3 inches of rain on average. October and November make steep drop-offs in the average temperature department, and this is why, as a whole, the fall season showcases a rather cool average temperature.

Now, let’s talk about the historical stats of fall. It is important to start with the fact that the past five falls have more or less featured warmer-than-normal conditions at times, which is not considered usual. Despite this trend, none of the last five falls are in the top 10 warmest category.

How about relatively cold falls? The last time we saw a top 5 cold fall was back in 1976, which ultimately marks the coldest overall for the season.

Fall can also showcase erratic weather. Let’s touch on a couple of notable severe weather events that have occurred in this season first. There are several that can be named off, but some of the ones that instantly come to mind are the Oct. 26, 2010, damaging wind event and the Nov. 22, 1992, tornado outbreak. There will be web weather stories in the near future covering some of these events in further detail.

Let’s quickly go back to the discussion of fall heat to close things out. October for example has even seen some 90-degree days. Indianapolis had recently set its all-time high temperature record for the month on Oct. 1-2, 2019. The latest date into the year that Indy saw a 90-degree day was Oct. 8, 2007, with a high of 91.