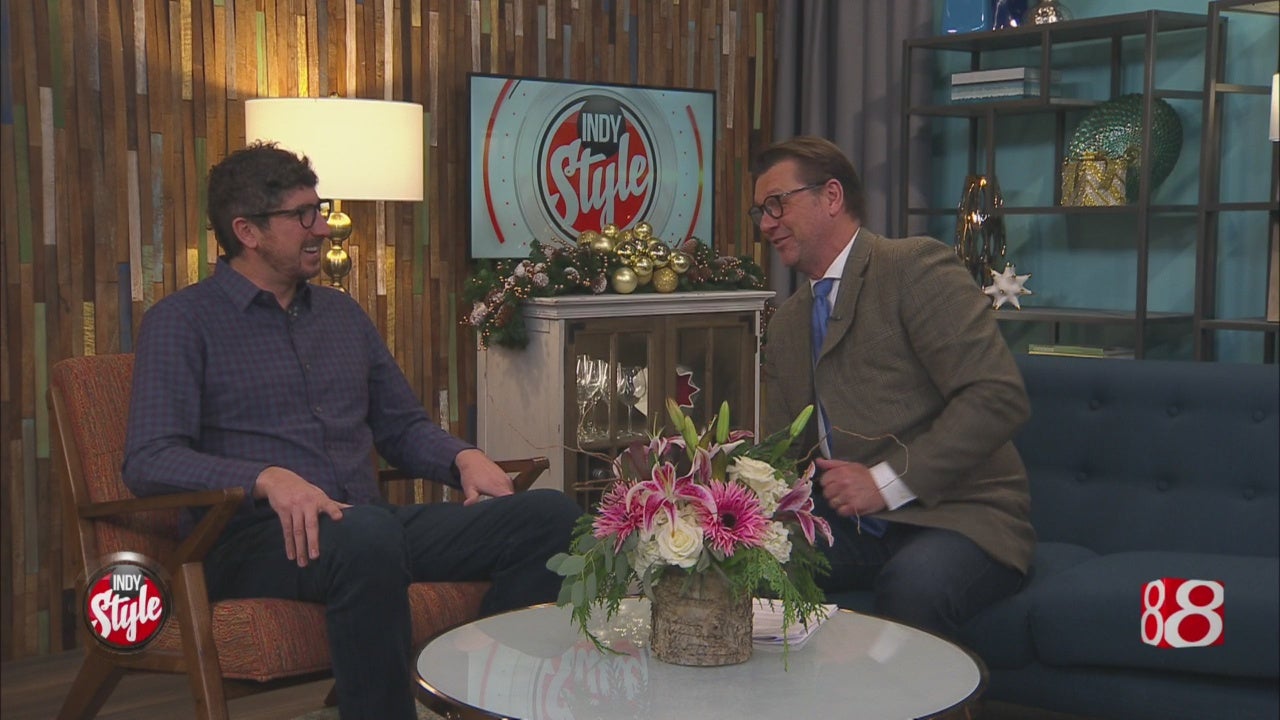 His film has been screened at over 20 festivals and won multiple awards including Best Writing at the 2018 Nightmares Film Festival!

On today’s Indy Style, Filmmaker Mike James, Filmmaker, tells us about his latest project, called “Smiley’s”, which is a rural legend about a cursed vending machine and an obsessed college student named Mitch. Here’s more:

• Smiley’s is now available on Amazon Prime. Smiley’s has screened at over 20 festivals and won multiple awards including Best Writing at the 2018 Nightmares Film Festival.
• Stressed out about an upcoming exam, Mitch and his study buddies take a break to cruise the countryside, leading to an unusual discovery: A mysterious soda machine stocked by a witch in the woods. After buying a “soda,” Mitch finds himself falling down a dark rabbit hole that he may never return from in this hair-raising, laugh-out-loud adventure.
• The majority of Smiley’s cast and crew are all local to Indianapolis. Casting was done by local casting director and owner of Talent Fusion, Scott Tucker. An original song, “Sabrina,” was composed by local artist Oreo Jones with production by local DJ and producer, Lemi Vice.

• The short was shot on location in the Johnson County area in and around Franklin, Ind. Director Mike James is a 2008 graduate of Franklin College and had always planned to return to the school to film his first narrative short. The film is based on a semi-true story of his freshman year at Franklin. “During a study break a friend in my group told me of this vending machine several miles out in the rural countryside,” said James. “An old man stocked a dilapidated vending machine with extremely random sodas. There was a single working button labeled ‘Pot Luck.’ My study group partners received delicious sodas and when it was my turn to insert my quarter I received a package of pencils. I became so enthralled with this oddity I talked to as many alumni and upperclassmen as possible about it. I learned that it was somewhat of a ‘rural legend’ for many years to the students of Franklin College looking to take a break from campus.”
• Smiley’s is available now on Amazon Prime: https://www.amazon.com/Smileys-Wilson-Mack/dp/B07ZHN2ZKX/ref=cm_cr_arp_d_product_top?ie=UTF8

• Mike James is a writer, director, and producer. Growing up in rural north central Indiana, Mike spent a lot of time telling ghost stories around a campfire and making short-campy horror movies in his backyard. Mike joined the comedic mad scientists of 5secondfilms.com in 2010. In 2012 he released the feature length documentary Open Mic Night After The Apocalypse, which was distributed to Hulu and Amazon streaming services. He co-wrote & co-starred in 5secondfilms’ Kickstarter backed feature debut, Dude Bro Party Massacre 3, now available on all streaming services. His short narrative directing debut, the horror-comedy Smiley’s, has screened at over 20 festivals and won multiple awards including Best Writing at the 2018 Nightmares Film Festival.