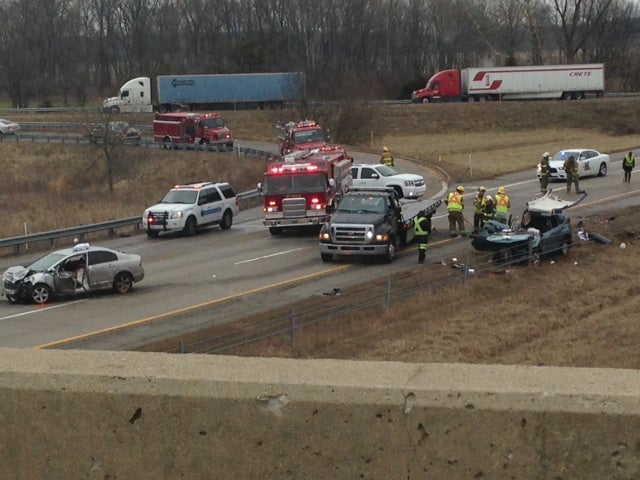 SEYMOUR, Ind. (WISH) – One person was killed and two others were seriously injured in a Jackson County crash Sunday afternoon.

According to the Indiana State Police, ISP troopers and deputies with the Jackson County Sheriff’s Department responded to a two vehicle crash on I-65 near mile marker 55 just after noon.

Police said that an early investigation indicates that a silver 2009 Honda Civic, driven by 47-year-old Kimberly Sneed, was attempting to merge onto I-65 northbound from State Road 11 when she lost control of her vehicle. The vehicle then spun prior to entering the northbound lanes of I-65. Her vehicle was then hit head-on by a blue 2013 Honda CRV driven by Anthony Bonadonna,72.

Sneed was transported to Columbus Regional Hospital where she later died as a result of her injuries. Bonadonna and his wife, 56-year-old Diana Bonadonna were taken to an Indianapolis hospital, both with serious injuries.

At this time, it is unclear is the road conditions were a factor in the fatal accident.