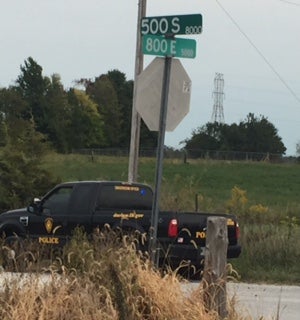 COATESVILLE, Ind. (WISH) — A 58-year-old died Monday after he was found trapped underneath an off-road vehicle on a Putnam County road, Indiana Department of Natural Resources authorities said.

Conservation officer Nathan Lutz said in a news release that John Hall, of Coatesville, died after he was taken to the Putnam County Hospital in Greencastle.

About 5:45 p.m., a passerby reported an overturned Polaris Ranger along County Road 800 East. Hall was unresponsive when found, the release said.

No foul play is suspected, but an autopsy will be scheduled, the release said.