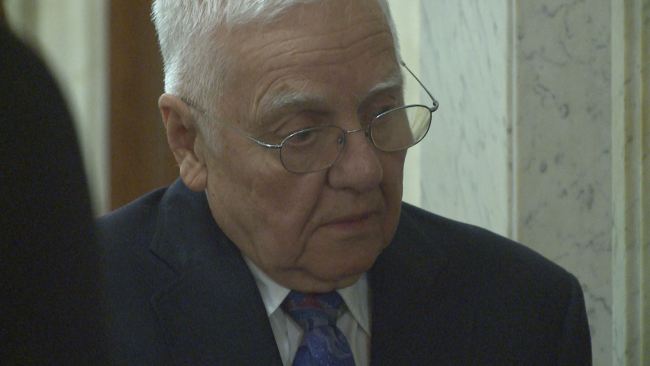 FORT WAYNE, Ind. (WANE) – The man accused in a fatal hit-and-run that left a 25-year-old woman dead has pleaded guilty to failure to stop after an accident resulting in injury or death.

The terms of Howard Lininger’s plea deal will allow him to avoid jail time. According to the Allen County Prosecutor’s office, the deal calls for a six-year sentence, all of which would be suspended and served on probation. Lininger has also been ordered not to operate a motor vehicle while on probation.

Lininger is due back in court to be sentenced on March 16.

Nancarrow was pronounced dead after she was seen lying in the street near the intersection of Maplecrest and Georgetown North Boulevard on the evening of November 18. Her body was found in snow about five feet from the white fog line that marks the side of the road. She was wearing a dark coat.

Investigators determined she had been hit by a car. Friends told police she had been visiting family and was walking to a friend’s house to get a ride back home when she was hit.

Police began looking for a small truck or SUV, reddish or brown in color. Witnessed had seen an older white man with gray hair pulled over near the accident with his hazard lights flashing before driving off a short time later.

According to court documents, Lininger had contacted his grandson, a New Haven police officer, the next day to get advice about an incident he had been involved in. The grandson suggested Lininger contact police. However, after seeing news reports about the fatal hit-and-run he checked Lininger’s Subaru and saw the damage.The grandson then contacted his supervisor who called Fort Wayne police.

Officers went to Lininger’s residence in New Haven that day and examined the Subaru. They noticed the hood was damaged above the passenger headlight, the side mirror was broken and dangling by a wire and the windshield was smashed. That same day Lininger, accompanied by his grandson, was interviewed by Fort Wayne police officers. Lininger claimed he picked up an unopened whiskey bottle that he thought had been thrown at his car near the location where Nancarrow was hit and that’s what caused the damage. However he said he didn’t see the body. Nancarrow’s autopsy showed injuries consistent with someone who had been hit in the area of the damage to Lininger’s Subaru.

Lininger told officers he didn’t inspect his Subaru that evening, or the next morning when he drove the car on his newspaper delivery route. In the probable cause document, officers found it “illogical” that he was able to take the time to find the whiskey bottle, but didn’t see Nancarrow’s body or the damage to his Subaru. Investigators believe Lininger circled around the crash site and knew he had been in a crash with someone and decided to leave.

Detectives also found other inconsistencies in Lininger’s story, including that he had taken the whisky bottle from the scene so he could give it to police, yet he never reported the incident to them.

Lininger was arrested on Dec. 7 on a felony count of leaving the scene of an accident resulting in injury or death. Before pleading guilty on Wednesday, Feb. 11, he was set to go to trial in June.