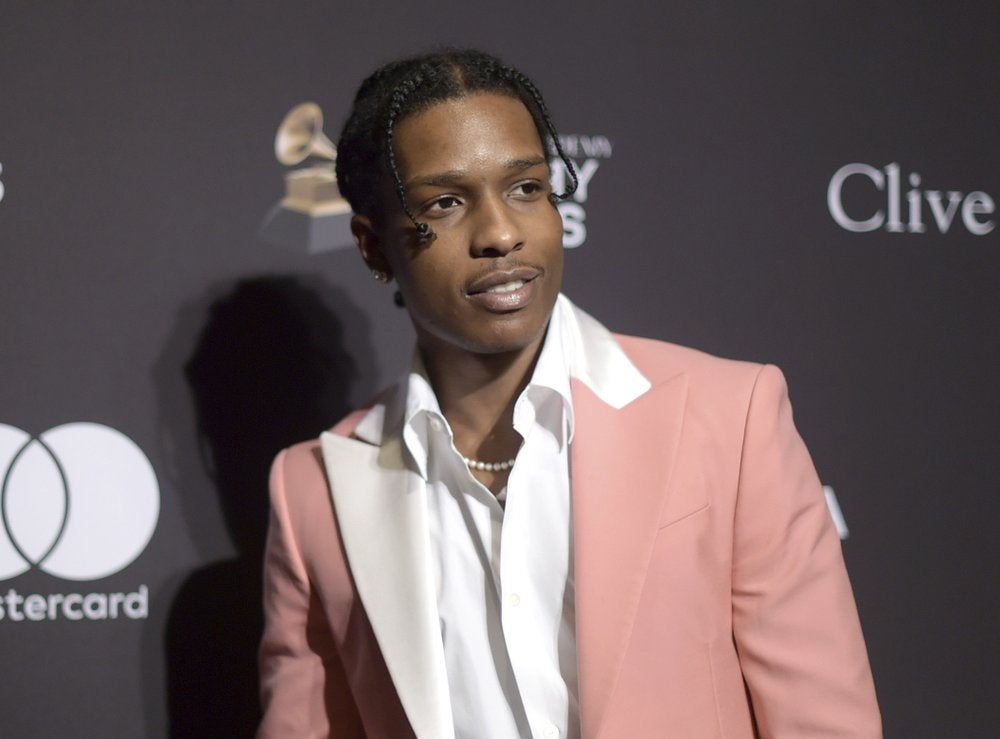 FILE - This Feb. 9, 2019 file photo shows A$AP Rocky at Pre-Grammy Gala And Salute To Industry Icons in Beverly Hills, Calif. Prosecutors in Sweden are dropping the investigation of a man they say was involved in a fight with American rapper A$AP Rocky. The platinum-selling, Grammy-nominated artist whose real name is Rakim Mayers, has been behind bars since early this month as police investigate the fight in Stockholm.(Photo by Richard Shotwell/Invision/AP, File)
by:
Posted: Jul 30, 2019 / 04:49 AM EST / Updated: Jul 30, 2019 / 04:49 AM EST

HELSINKI (AP) — American rapper A$AP Rocky and two other men believed to be members of his entourage went on trial Tuesday in Sweden in a high-profile legal case that has caught the attention of U.S. President Donald Trump and celebrities.

The trial of the recording artist, whose real name is Rakim Mayers, started in Stockholm District Court, which also has set aside Thursday and Friday for the case. Mayers’ mother was seen arriving at the court.

Swedish prosecutors allege that the Grammy-nominated rapper and the two other suspects “deliberately, together and in agreement” attacked the alleged victim, Mustafa Jafari, in central Stockholm on June 30.

The charges carry a maximum sentence of two years in prison. Mayers has been in custody since July 3 and has said he acted in self-defense.

The trial will be held in a secure courtroom “because of the large interest from the media and the public,” the Stockholm court said, noting that no photographing or filming will take place during the proceedings.

Prosecutors alleged in more than 500 pages of court documents that the three suspects beat and kicked Jafari while he was on the ground and that he was hit by parts of or a whole bottle.

Prosecutors also said that Mayers pushed Jafari to the ground and the court documents include numerous photos of Jafari’s cuts, bruises and blood-stained clothes.

The rapper’s lawyer, Martin Persson, told Swedish public broadcaster SVT on Monday that he would present the court with new evidence, including showing that “no bottle has been used to hit or injure anyone” and that the violence used was “within the limits of the law.”

A lawyer for Jafari, Magnus Stromberg, told The Associated Press on Friday the beating started when one of A$AP Rocky’s guards “grabbed him (Jafari) by the neck and dragged him away” and that Jafari didn’t provoke the assault.

The case has also drawn the attention of American celebrities like Kim Kardashian West and Mayers’ fellow recording artists, including Sean “Diddy” Combs and Justin Bieber, and created the movement #JusticeForRocky soon after the rapper’s arrest.