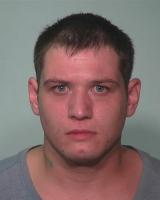 FORT WAYNE, Ind. (WANE) – An Angola man has been sentenced to 23 years in prison and two years of probation after he admitted to stabbing another man to death during a party last August.

According to 24-Hour News 8 sister station, WANE, Jeremee Coney, 31, pleaded guilty to voluntary manslaughter in the August stabbing death of Donald B. Jacquay, 37.

Coney and Jacquay were at a small party the night of the stabbing, according to a probable cause affidavit filed in Allen Superior Court. According to court documents, at one point in the night, Jacquay left the party with Coney to “have some fun” in Jacquay’s apartment, guests told police.

A woman who was with Coney when police arrested him said Coney told her that he grabbed a knife in self-defense after Jacquay attacked him.

As part of the plea agreement, three other charges were dropped. Coney was ordered to pay back $5,290 to Jacquay’s family to cover funeral costs.