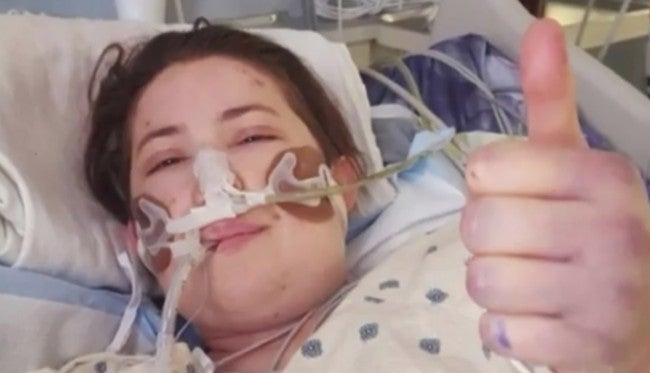 AUSTIN (KXAN) – A bicyclist was left with disfiguring injuries after a man hit her with a truck and she was dragged several blocks. The driver, Artemio Avila, faces charges for failing to stop and render aid after hitting the young woman.

On March 29 just after 10 p.m., officers received reports of a crash that severely injured a bicyclist. According to the affidavit, Elizabeth English was dragged underneath the vehicle for several blocks before the driver took off. Police say while the bicyclist was dragged for nearly half-a-mile, from Airport Boulevard to Greenwood Avenue.

Hospital staff indicated the woman lost part of her right buttocks, part of her pelvis and her lower spine was exposed from grinding on the pavement. Medical staff told officers due to the severity of her injuries she might not live.

While the driver didn’t stop, witnesses were able get a description of the vehicle as a Dodge Ram pickup with an attached camper shell. The next day, an Austin Police Department officer on his way home from work noticed the suspect truck. He was familiar with the suspect vehicle because he was involved in the crash scene investigation the night before. Damage observed to the vehicle included blood on the hood and fresh paint scrapes.

An on-duty officer came and followed the vehicle into Kyle, where the driver was pulled over for a traffic stop. The driver, Artemio Avila, was arrested but he claimed he did not know anything about the crash, according to court documents.

During police questioning Avila said he was home the night of the crash by 6 p.m. and had allowed his cousin to lend the truck to a man named Chago, continued in the affidavit. When police questioned Avila’s cousin, Jesus Aguilar, he told officers he didn’t know anyone named Chago and that Avila wasn’t home until after 10 p.m. on the night of the crash.

Avila eventually admitted to police he was involved in the crash, claiming to have heard a “slight bump on the passenger side of the truck,” as stated in the affidavit. Several witnesses told police they heard her screams as she was dragged under the truck.

Friends of English have setup a GoFundMe account to help with her medical bills.