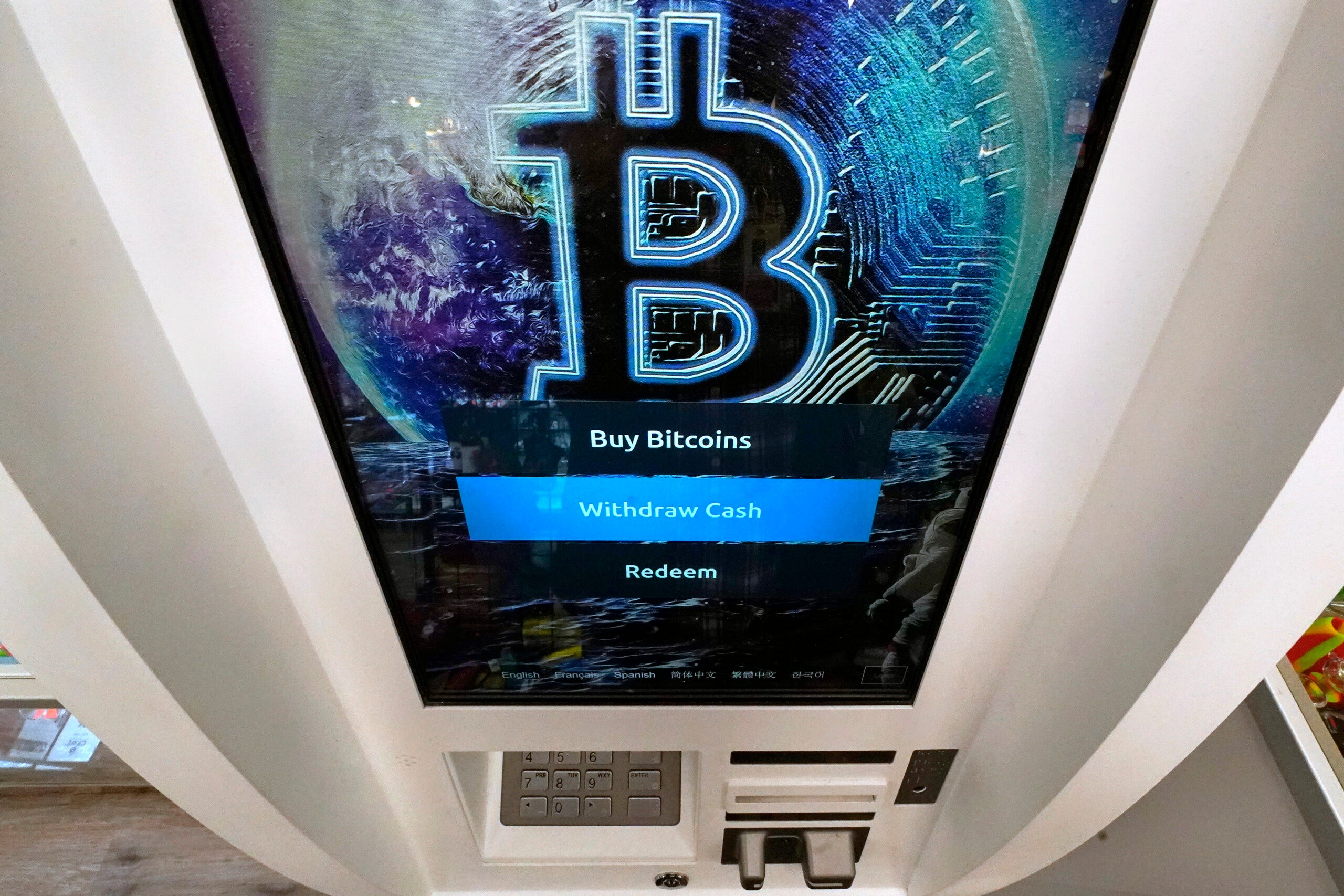 The Bitcoin logo appears on the display screen of a crypto currency ATM at the Smoker's Choice store, Tuesday, Feb. 9, 2021, in Salem, N.H. After a wild week in which Bitcoin soared to new heights, Bitcoin is crossing the $50,000 mark. Bitcoin rallied last week as more companies signaled the volatile digital currency could eventually gain widespread acceptance as a means of payment for goods and services. (AP Photo/Charles Krupa)
by: MATT OTT AP Business Writer
Posted: Feb 16, 2021 / 08:52 AM EST / Updated: Feb 16, 2021 / 08:52 AM EST

SILVER SPRING, Md. (AP) — After a wild stretch in which Bitcoin repeatedly set new highs amid murmurs of its seemingly unstoppable ascendance, the digital currency crossed the $50,000 mark for the first time Tuesday.

Bitcoin is rallying as more companies signal the volatile digital currency could eventually gain widespread acceptance as a legitimate means of payment. Bitcoin has been mostly seen as a store of value, like gold, with few places accepting it in exchange for goods or services.

Companies have been leery because Bitcoin’s volatility and its use by parties who want to avoid the traditional banking system for a myriad of reasons.

Last Monday, however, the electric car company Tesla sent a tremor through the digital currency markets, saying that it was buying $1.5 billion in Bitcoin as part of a new investment strategy, and that it would soon be accepting Bitcoin in exchange for its cars.

Then Blue Ridge Bank of Charlottesville, Virginia, said that it would become the first commercial bank to provide access to Bitcoin at its branches. The regional bank said Wednesday that cardholders can purchase and redeem Bitcoin at 19 of its ATMs.

BNY Mellon, the oldest bank in the U.S., followed a day later, saying it would include digital currencies in the services it provides to clients. Mastercard said it would start supporting “select crypto currencies” on its network.

While most expect a slow evolution toward widespread usage of bitcoins as currency Richard Lyons, a finance professor at the University of California at Berkeley, says it’s inevitable. Lyons predicts Bitcoin and other digital currencies “will become transactional currencies increasingly over the next five years. It’s not going to happen overnight,” he said.

Lee Reiners, who teaches fintech and cryptocurrency courses at Duke University School of Law, said BNY Mellon’s move makes sense because “there are now numerous high-net-worth individuals and investment funds embracing crypto as an asset class to be added to their portfolio.”

But Reiners believes companies will remain hesitant to accept Bitcoin for payment because of its volatility.

“If you were a merchant, why would you accept payment in an asset that could be worth 20% less a day after you receive it?,” Reiners said in an email.

Investors will have to grapple with that volatility as well. The price of Bitcoin has soared and dipped since its debut on the futures market in 2017. A year ago, Bitcoin sold for below $10,000. Those fluctuations, analysts warn, could wreak havoc on a company’s bottom line and deter investors.

Assuming Tesla bought Bitcoin at the volume weighted average price of $34,445 in January, the company is sitting on a gain of about 38% with its investment. But in the regulatory announcement unveiling the investment, Tesla warned about the volatility of Bitcoin, its reliance on technology for use and lack of a centralized issuer, such as a government.

“Tesla is going to have to be very careful and comprehensive in accounting for its Bitcoin investment on its books,” said Anthony Michael Sabino, a professor of law, at St. John’s University. “Like any other financial asset other than actual cash, it might fluctuate.”

There appears to be some reluctance among traditional companies regarding Bitcoin, at least as an investment vehicle.

During a conference call with investors, General Motors CEO Mary Barra said her company had no plans to invest in Bitcoin, but would continue to “monitor and evaluate” potential use of digital currency. “If there’s strong customer demand for it in the future, there’s nothing that precludes us from doing that,” Barra said.