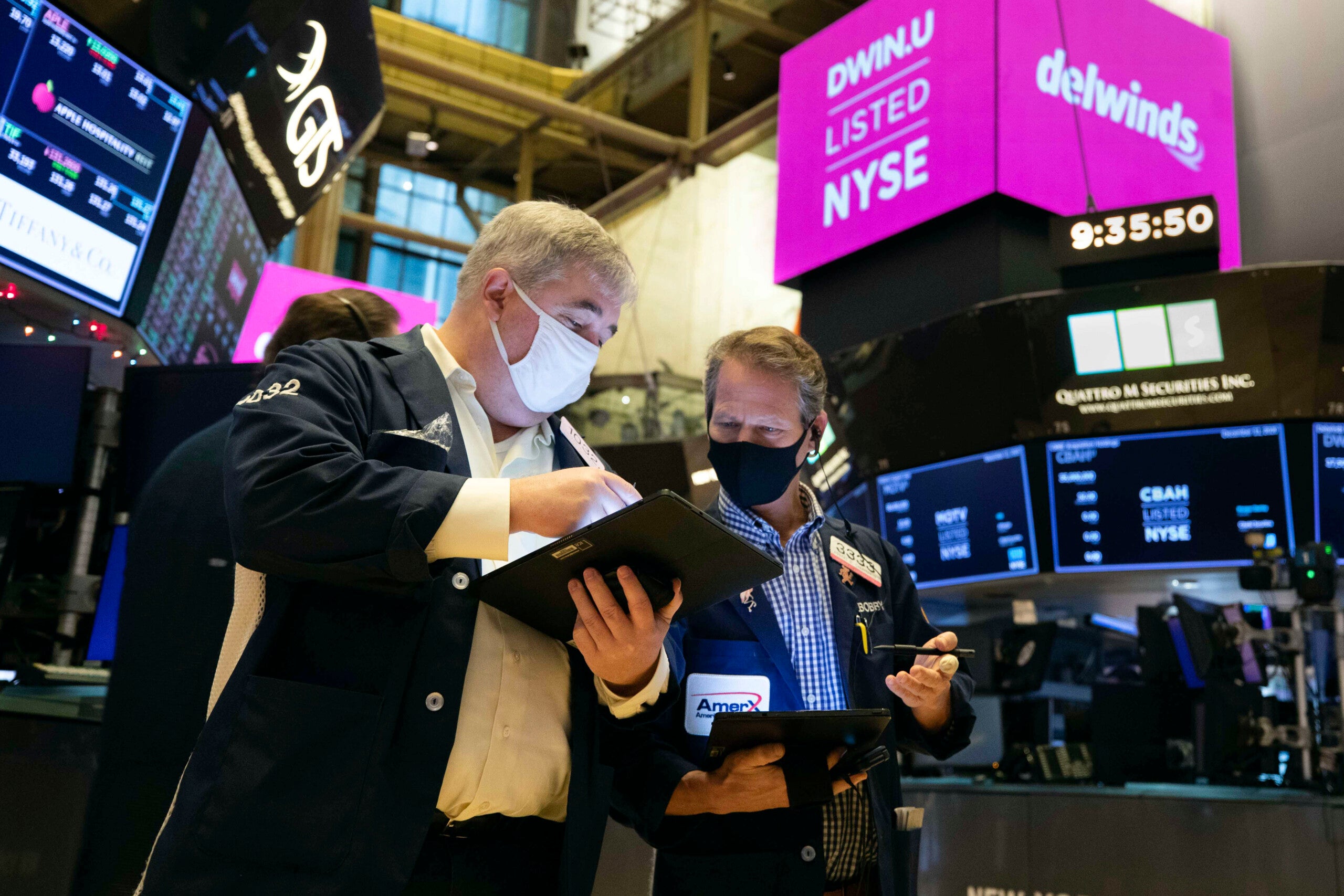 (AP) — U.S. stocks are down in afternoon trading Friday as prospects for another aid package from Washington fade while a surge in virus cases threatens to inflict more damage on an already battered economy.

Investors have been hoping for another financial lifeline to help cushion the latest blow from COVID-19 to people, businesses and state governments. However an emerging $900 billion aid package from a bipartisan group of lawmakers has essentially collapsed because of continued partisan bickering.

Technology companies and banks led the decline. Apple fell 1.2% and Bank of America dropped 2.1%. Investors sought shelter in less risky holdings. Communication services, industrial and household goods companies were holding up better than the rest of the market.

Disney jumped 15.5%, a record high and the biggest gain in the S&P 500, after giving investors an encouraging update on subscriber growth and future plans for its Disney Plus streaming service.

Stocks have been climbing over the last few weeks as advances in vaccine development raised hopes that the pandemic could be tamed in the coming months and set the global economy on a path to normalcy.

“The excitement over the vaccine has already been priced in and the market is fairly overbought, based on where we are in the economy right now,” said Kenny Polcari, managing partner at Kace Capital Advisors.

The U.K. has already started vaccinating people with Pfizer and BioNTech’s vaccine. A U.S. government advisory panel on Thursday endorsed widespread use of that vaccine, putting the country just one step away from launching an epic vaccination campaign against the outbreak that has killed close to 300,000 Americans.

Widespread vaccination will take months and the virus pandemic is prompting tighter restrictions on businesses. An already slow economic recovery appears to be stalling in the wake of the latest surge and unemployment is rising.

Polcari said markets are simply churning and consolidating following a strong November and he expects that to continue through December as stimulus talks continue. Wall Street is also waiting for a special election in Georgia in early January, which could potentially switch the balance of power in the U.S. Senate.

European stocks slipped over the increased possibility that the U.K. and the European Union will fail to strike a deal on a new economic relationship heading into next year. Britain left the EU on Jan. 31 but has continued to follow the trading bloc’s rules during a transition period that lasts until the end of the year. A no-deal split would bring overnight tariffs and other economic barriers that would hurt both sides.