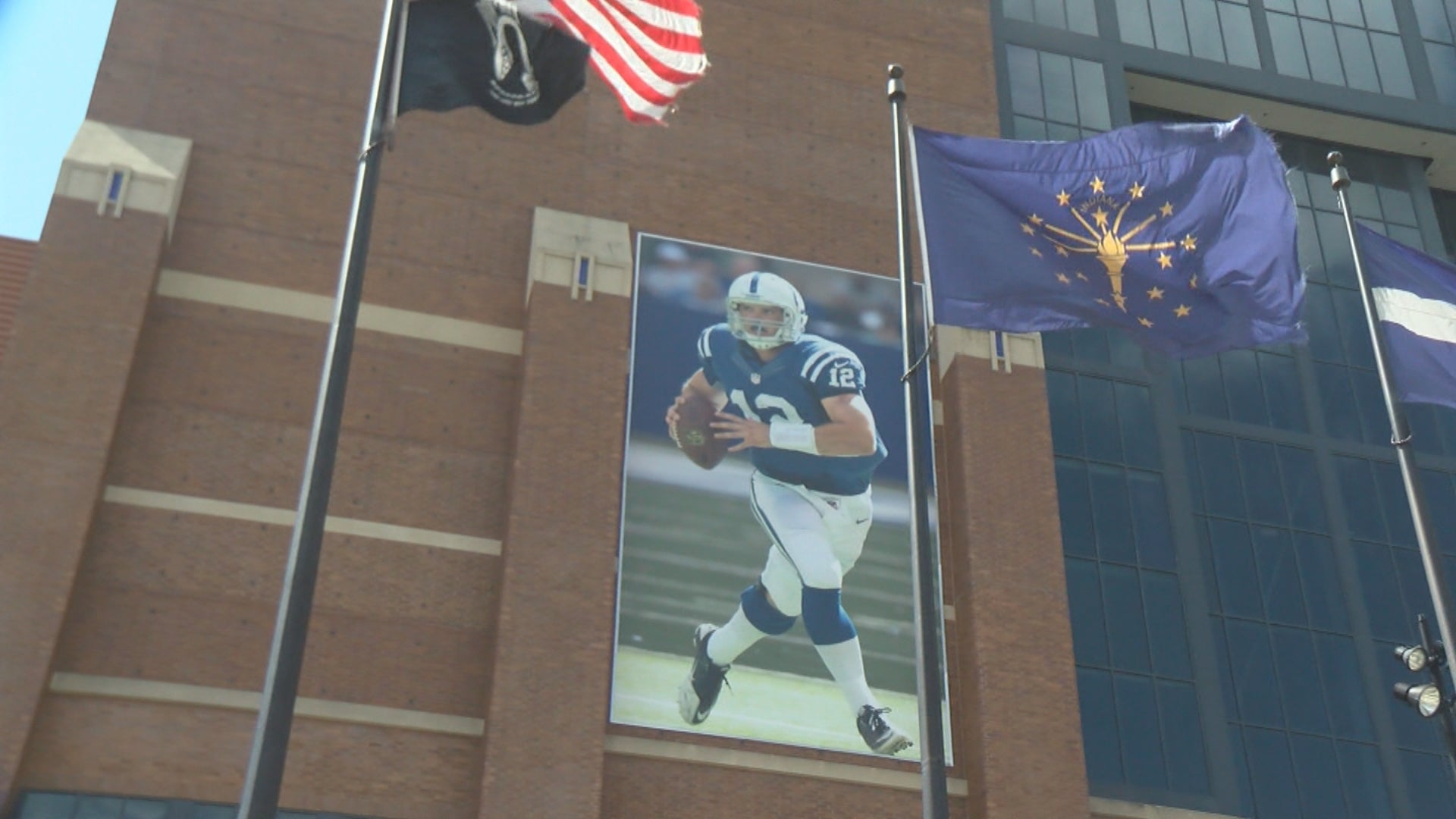 INDIANAPOLIS (WISH) – Colts fans have waited more than 580 days for the return of quarterback Andrew Luck.

Fans are fired up to watch him play in Thursday night’s preseason game in Seattle. He last took a snap in a game on New Years Day 2017.

Thomas Bridegforth, a fan who browsed the Colts Pro Shop on Thursday, said he plans to stay up and watch Luck in the 10 p.m. game.

“And the (offensive) line, I’m really talking to you all: Protect that man like he is your wife, like he is your kid,” Bridegforth said. “You know how you get when somebody messes with your kid? I need them to be acting like that.”

Bridegforth said morale is on the rise in Colts nation.

Peduto said demand is already high than the end of last year.

“But the end of last season is a pretty low bar,” he said.

The ticket broker is hoping a strong showing from Luck on Thursday will lead to more excitement.

Peduto said demand is highest for the Week 15 game because of the Dallas Cowboys’ massive fan base. But, fans know to take it one week at a time.

Colts coaches said they expect all starters to play for at least half a quarter Thursday night.

With a new coach and a rookie guard, fans are looking for more than Luck.

“I’m also looking for his running back to be strong and the wide receiver to catch that ball,” Bridegforth said.