Comics come to life at TippyCon 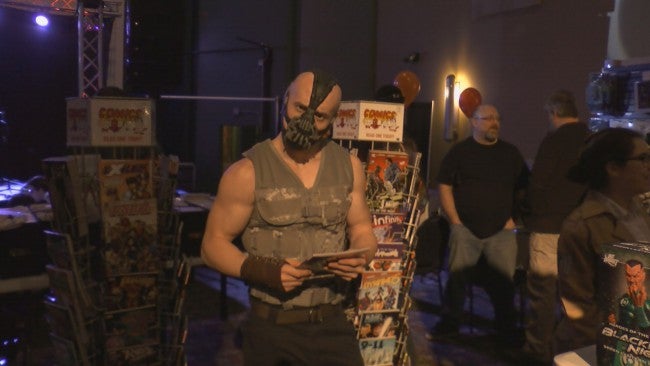 LAFAYETTE, Ind. (WLFI) – Comics, collectibles, and cobra commanders, they were all at the the first annual TippyCon on Saturday.

TippyCon is the first convention of it’s kind to makes it way to the Lafayette area. Over 300 people made their way to the Lafayette theater to take part in the event, according to WISH-TV sister station WLFI News. Organizers said they even had to print out more passes to allow more people into the event.

Attendees of the convention perused the booths of games, comics, and artists as well as dressed up as their favorite fantasy world character.

With such a successful turnout for the innaugural event, organizers are excited to be able to look forward to next year’s convention.

“One of the most exciting things I think we have been discussing today is the term ‘next year’, which is very exciting. We thought this would be something we would try to see how it went, but with as much support as we have gotten now we get to use the term ‘next year’,” said vendor organizer Seema Choudhary.

TippyCon also held tournaments for various board and video games as well as demonstrations from game-makers and comic artists.

Organizers say they can’t wait for an expanded event next year.