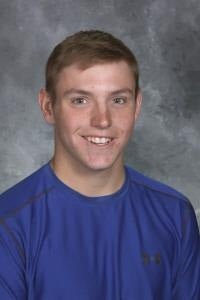 He was taken to Franciscan St. Elizabeth Hospital in Crawfordsville where he later died, according to WISH-TV sister station WLFI News.

Reeves was a junior at Crawfordsville High School who played both baseball and football.

Superintendent Scott Bowling tells WISH-TV sister station WLFI News that, “Tyler had boundless energy, enthusiasm and zest for competition on the athletic field and was a joy to teach in the classroom.”

Two other 17-year-old male students were in the car as passengers. They were both taken to the hospital, but are expected to be okay.

Bowling says baseball coach John Froedge and local pastors met Friday afternoon with the baseball team. The team is scheduled to leave Wednesday for a trip to play baseball in Tennessee.

Bowling adds, “faculty are meeting Saturday to develop a plan to help students get through their grief.”

He adds that everyone will miss Reeves dearly.