Dog recovers after surgery to remove leg-hold trap from scrotum 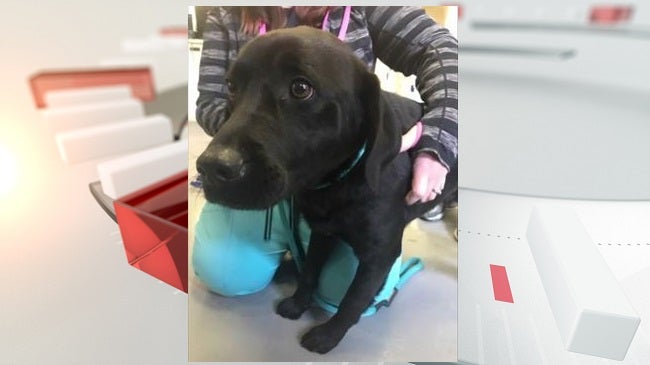 SHIRLEY, Ind. (WISH) — It was found with a trap between its legs in Hancock County, and animal advocates believe it was no accident.

Since its ordeal, the 2-year-old black Labrador retriever was making great progress Friday at the Humane Society of Indianapolis.

An animal control officer in Greenfield got the call Thursday for an injured dog. She got there and, as she told 24-Hour News 8, saw something like she’d never seen before.

In the area where Madison, Hancock and Henry counties connect, that’s where Heather Hamilton picked up the black Lab. It had a collar but no microchip.

“The deputy was with the dog on the side of the road, had him covered up with a blanket. I walked up, and he said, ‘There’s a leg-hold trap on the dog’s testicles,’” Hamilton said.

“It was very upsetting. You could tell that the dog was in pain, but he was still very friendly to us,” Hamilton said.

Hamilton shared pictures with 24-Hour News 8 and, in the pictures, you can see the leg-hold trap on the dog.

24-Hour News 8 had to blur some of the pictures because of the extent of the injuries.

“My first thought was cruelty just because of where it was placed,” Hamilton said.

Leg-hold traps are mainly set for coyotes in rural communities. Hamilton said the trigger goes off once the coyote steps on the center of the trap.

“The spring load will come up, then this will snap onto its leg, and this was the part that was actually on the dog’s scrotum and his testicles were stuck in it,” she said.

In a rush to help save the dog, Hamilton said she called several places to see if anyone could do surgery to remove the trap. The Humane Society of Indianapolis responded to the call.

“We didn’t know what the outcome was going to be until we saw it. It’s a sick blessing that he’s going to be OK,” said Kristen McGuire, director of customer service at the Humane Society of Indianapolis .

The black Lab is still recovering from surgery, but you would know what he had to go through in the previous 24 hours and what veterinarians had to do save him.

“You know once the adrenaline wore off yesterday when we were in surgery, I just took a good look around at the people that surrounded me,” McGuire said. “They do good work. They do great work. You know, they jumped in, they didn’t care. They hadn’t gone to the bathroom; they didn’t care they hadn’t eaten. Everybody was there for that dog.”

Vets said they believed the trap was on the dog for at least one day.

The picture of the dog was posted on the Greenfield Hancock Animal Management’s Facebook page. The owner called animal control and said her dog Ax had been missing for a few days. Authorities do not believe the owner had anything to do with the trap, and dog and owner will be reunited Monday.

If you have any information on the person responsible for the leg-hold trap, call animal control at (317) 477-4367.