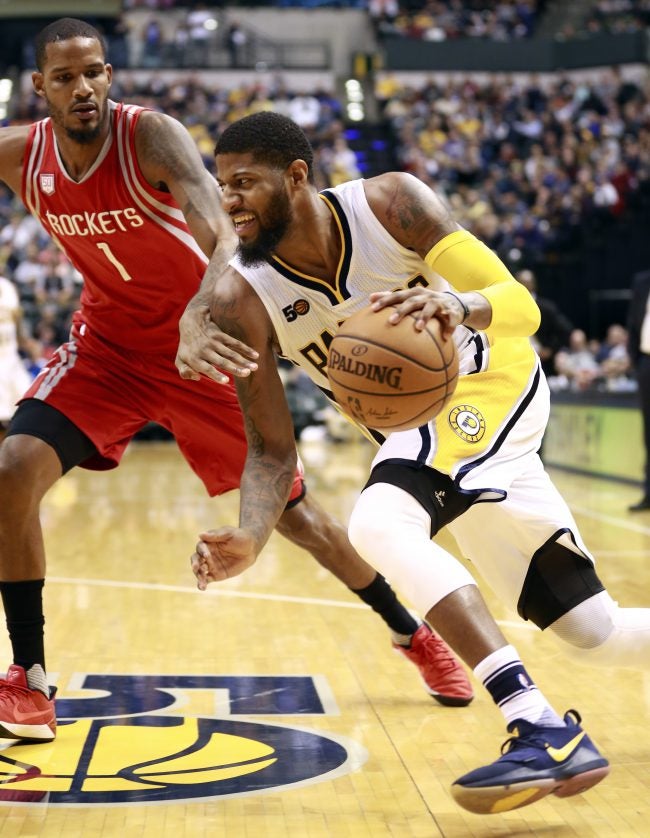 INDIANAPOLIS (AP) – Paul George had 33 points and nine rebounds while hounding James Harden on defense most of the night, leading the Indiana Pacers to a 120-101 rout of the Houston Rockets on Sunday.

Clearly, Harden was not himself on the last leg of a five-game road trip. He was 3 of 17 from the field, 2 of 10 on 3-pointers, and scored 15 points with eight turnovers. Harden also had five rebounds and eight assists.

But it was never really close.

Indiana led 33-20 after the first quarter, allowed Houston to get as close as six late in the first half and then pushed the lead to 20 in the third quarter. Houston never got closer than 12 in the second half.

George topped the 30-point mark for the fourth consecutive game by going 13 of 23 from the field and 3 of 7 from 3-point range.

He had plenty of help, too. Myles Turner had 18 points and 10 rebounds, Jeff Teague had 17 points and 15 assists, and Glenn Robinson III added 14 points off the bench.

Houston, meanwhile, shot 41.0 percent from the field and was just 11 of 39 on 3s. Eric Gordon finished with 14 points in front of his hometown fans after returning from a tight lower back that had kept him out of the previous two games.