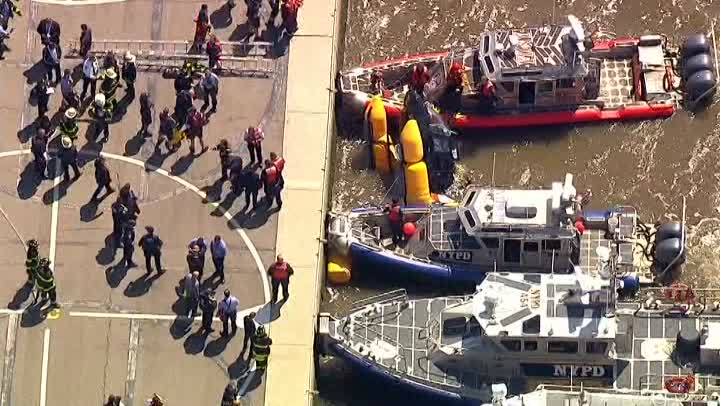 The Fire Department of New York says a pilot and a heliport worker have non-life-threatening injuries after a helicopter crashed into the Hudson River near a busy Manhattan heliport.

The pilot was alone in the helicopter and was able to escape when it landed in the river near West 30th Street on Wednesday afternoon.

It was mostly beneath the water but inflatable pontoons kept it from totally sinking.

The FDNY says the heliport worker was hit by debris.

The Fire Department of New York says a helicopter has gone down in the Hudson River.

WABC says the pilot got out and was OK after the helicopter landed in the river at around West 30th Street on Wednesday afternoon.

It’s believed no passengers were aboard the chopper.

A video of the helicopter going into the down showed it descending into the river very close to the shoreline near a busy helipad.