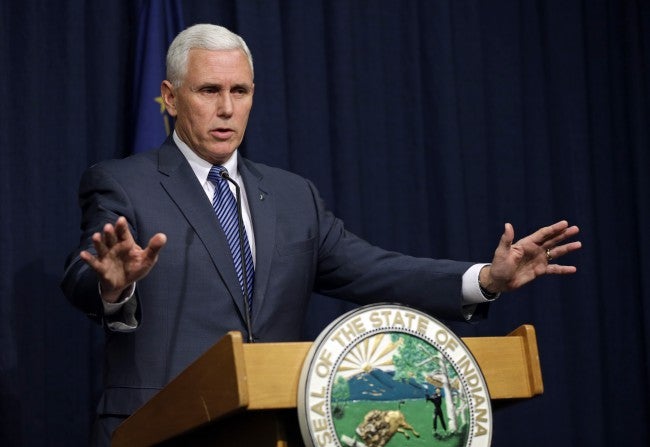 INDIANAPOLIS (AP) – In response to the HIV outbreak in southern Indiana, House committee members approved a bill Monday that would allow high-risk counties to implement their own needle exchange program to help prevent the future spread of diseases.

Health officials say 81 people who either live in Scott County or have ties to the area have tested positive for HIV, 74 of which are confirmed and seven are preliminary positive HIV cases. The area typically sees only about five HIV cases each year.

The proposal approved Monday by the Public Health Committee takes the effort combat HIV one step further by allowing the top 23 counties with the highest rate per population of hepatitis C to establish their own needle exchange program. The Centers for Disease Control and Prevention reports that between 50-90 percent of people with hepatitis C are also infected with HIV. Health officials say because of this, high rates of hepatitis C are a key indicator of needle sharing and a potential HIV outbreak.

Counties identified as high risk include Parke, Hendricks, Scott and Fayette, according to a report from Dr. Beth Meyerson, an assistant professor of public health policy and administration at Indiana University in Bloomington.

Needle exchange programs allow drug users to turn in used hypodermic needles in return for sterile ones in an effort to contain the spread of diseases. Pence has opposed such programs as an anti-drug policy on a statewide basis.

Clere said he’s trying to be responsive and respectful of the governor’s concerns but feels the situation calls for lawmakers to be proactive rather than reactive.

“We’re trying to contain something that is already out of control,” he said of Scott County. “We ought to be enacting policies that help keep things from getting out of control in the first place.”

If passed, the bill also would also allow 23 counties with hepatitis C rates just below the top 23 – such as Montgomery, Marion and Lawrence – to establish needle exchange programs pending approval from county commissioners.

Rep. David Frizzell, R-Indianapolis, was among those who opposed the bill and said lawmakers should wait to see how Scott County’s program works before allowing it elsewhere.

“I just want to be sure that we’re doing the right thing,” Frizzell said.

The bill now goes to the full House for consideration.