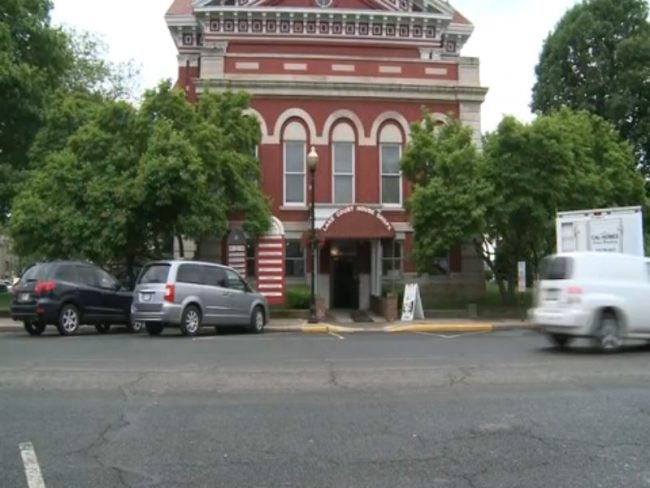 82 years ago he was America’s most notorious criminal. He helped form the FBI. But his most famous act might have been an Indiana prison break.

His story was retold in a Hollywood movie, “Public Enemies,” starring Johnny Depp.

The true history of the Hoosier Hoodlum can be found in Lake County Courthouse in Crown Point, Ind.

“One of the one things we hear the most from people who come here is they need to come back because they didn’t a lot enough time because there’s so much information,” Erika Dahl, from the South Shore Convention and Visitors Authority said.

Dillinger stole a car when he was in high school. When he got out of prison he was almost 31.

He came out of prison with a gang and they hit the ground running in 1933.

“The FBI wouldn’t exist today if it weren’t for John Dillinger and the crimes he committed,” Dahl said.

With the help of the media, the first list of public enemies was circulated. Dillinger was named the first ever Public Enemy Number 1.

Indiana was the first state to demand Dillinger’s return when he was captured in Arizona.

He was one of the first prisoners to be transported by plane. He met the Sheriff at the Crown Point Jail.

The jail had new technology at the time, where the guard only had to pull one lever that locked all the doors.

In the infamous escape, Dillinger took a guard hostage with a wooden gun carved from a washboard. He was shown the way out and stole the Sheriff’s personal car.

After his escape, Dillinger formed a new gang and robbed more banks. They went through South Dakota, Iowa then to Ohio.

His last bank robbery was June 30, 1934, in South Bend, Indiana. The FBI finally caught up with him in July. He was shot and killed.

For more about John Dillinger, watch the video above.