Hundreds of anti-lockdown protesters clash with police in Australia 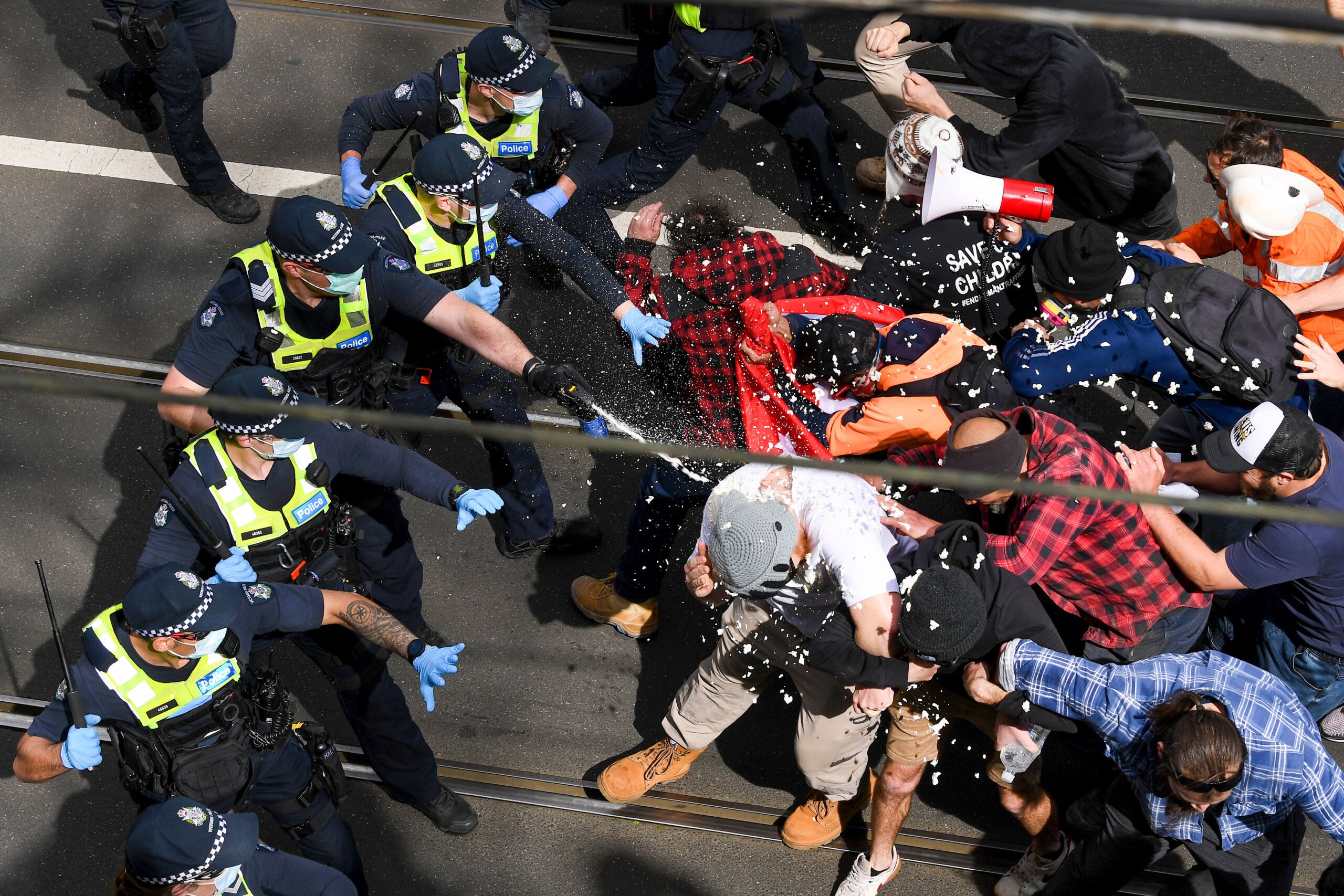 (CNN) — At least 235 people were arrested and 10 police officers injured following a large anti-lockdown protest on Saturday in Melbourne, Australia.

“What we saw today was a group of protesters that came together, not to protest freedoms, but simply to take on and have a fight with the police,” Galliott told reporters. “That’s what we saw were angry, aggressive young males, they had to fight the police not to protest about freedom.”

Galliott pointed out that the only way to gain freedom as a society is to work together and achieve vaccinations. “Once we do that we would be out and about enjoying summer, enjoying Christmas, enjoying times with families. Doing these does nothing to advance any course. It’s never been successful here or overseas, protesting gets you nowhere.”

He also said if the officials had not taken preventative measures to shut down the public transport system and enforcing the vehicle checkpoints, there could have been thousands of protesters in the city. According to police, about 500 to 700 protesters were in Melbourne’s central business district on Saturday.

The state of Victoria extended its lockdown earlier this month for another three weeks after tough restrictions failed to lower the number of daily new coronavirus cases.

Victorian Premier Daniel Andrews said restrictions will only ease when 70% of eligible residents receive their first dose of COVID-19 vaccine.

That’s expected to happen on or around Sept. 23. So far, 56% of people aged 16 and above have received their first dose.

Despite recent flare-ups, Australia has managed to keep its coronavirus numbers relatively low, with just over 84,000 cases, according to John Hopkins University, and fewer than 1,150 deaths.