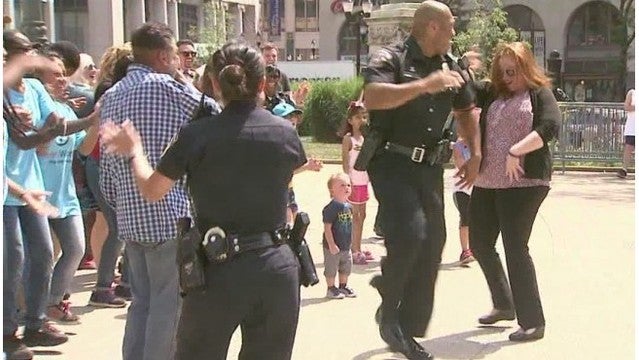 Members of IMPD filmed their lip sync video on Monument Circle Thursday, July 14. It’s all part of the lip sync challenge in which police agencies across the country have been lip syncing and dancing their way to viral fame.

A number of IMPD officers got together with members of the community to get their dance on to “Can’t Stop the Feeling!” by Justin Timberlake.

The song was chosen after an online poll on Twitter by IMPD.

“We had a great time putting it together with and for you!” the department said in a Facebook post.