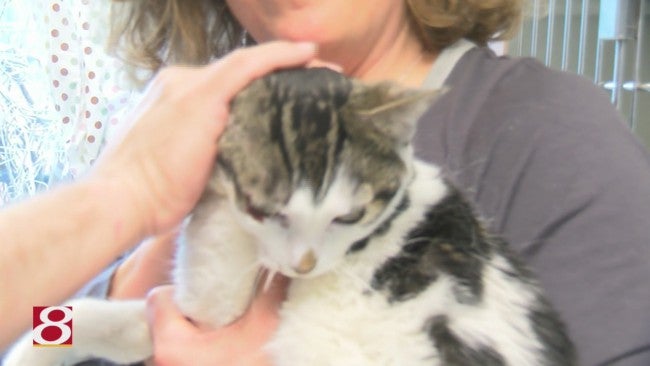 Sergeant Randy Dodd saw the cat along Interstate 465 near I-69. Instead of driving on he turned around in an effort to save Plinko the feline. He called Indiana State Patrol for assistance.

“Two troopers showed up at I-465 and I-69, turned on all the red and blues. They slowed traffic down just enough for me to grab my blanket and jump the wall, do a little chase with her. She finally let me catch her. Once I got her in the blanket, I jumped back over the wall. Put her in my car, and she was crying. Kept her in a blanket, turned on the heat,” said Dodd.

Plinko was taken to FACE, a low-cost animal clinic in Indianapolis. There, she received vaccinations and is being treated with an antibiotic for cut near her eye. Plinko will be up for adoption within the next couple of weeks.

For Dodd, it’s just a typical day. Dodd has rescued animals ranging from turtles, to dogs and even a wild raccoon.