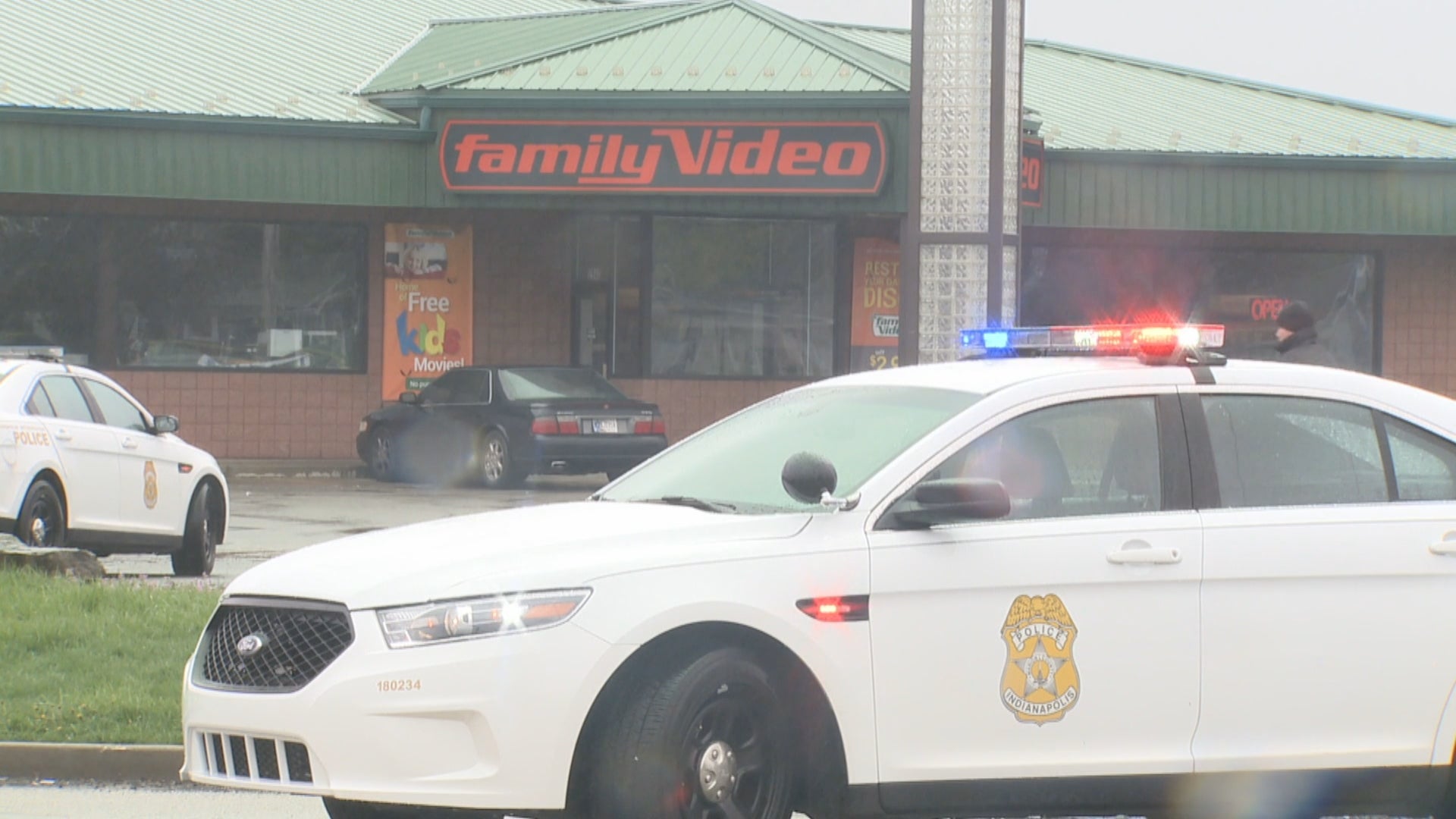 The Dodge was driven by Jarius Moore, 29.

Police had been him watching for days.

The car he was driving was spotted late Friday morning by members of the Indianapolis Metropolitan Police Department’s violent crime unit in a west-side parking lot. Minutes later, the police moved in and surrounded the Dodge, according to Deputy Chief Christopher Bailey.

Bailey said, “The violent crimes unit is tasked with tracking down and arresting the most violent individuals in our community.”

According to IMPD, Moore is a serious violent felon with a firearm. He has been accused of putting two bullets into a security guard at liquor store during a robbery in late March.

When police caught up to him Friday morning, officers say he tried to run.

Bailey said, “And then (Moore) turned around (to) go back into the car to grab a handgun, which I have seen. It is sitting on the center console in that car. The officer fired his weapon striking the suspect.”

Moore was taken to a hospital in serious condition and was last reported to have been talking to police. There also was a woman in the car, and she was also talking to police. It was unclear how she might be connected to Moore. Police did not identify her, but said both were expected to face charges for this incident.