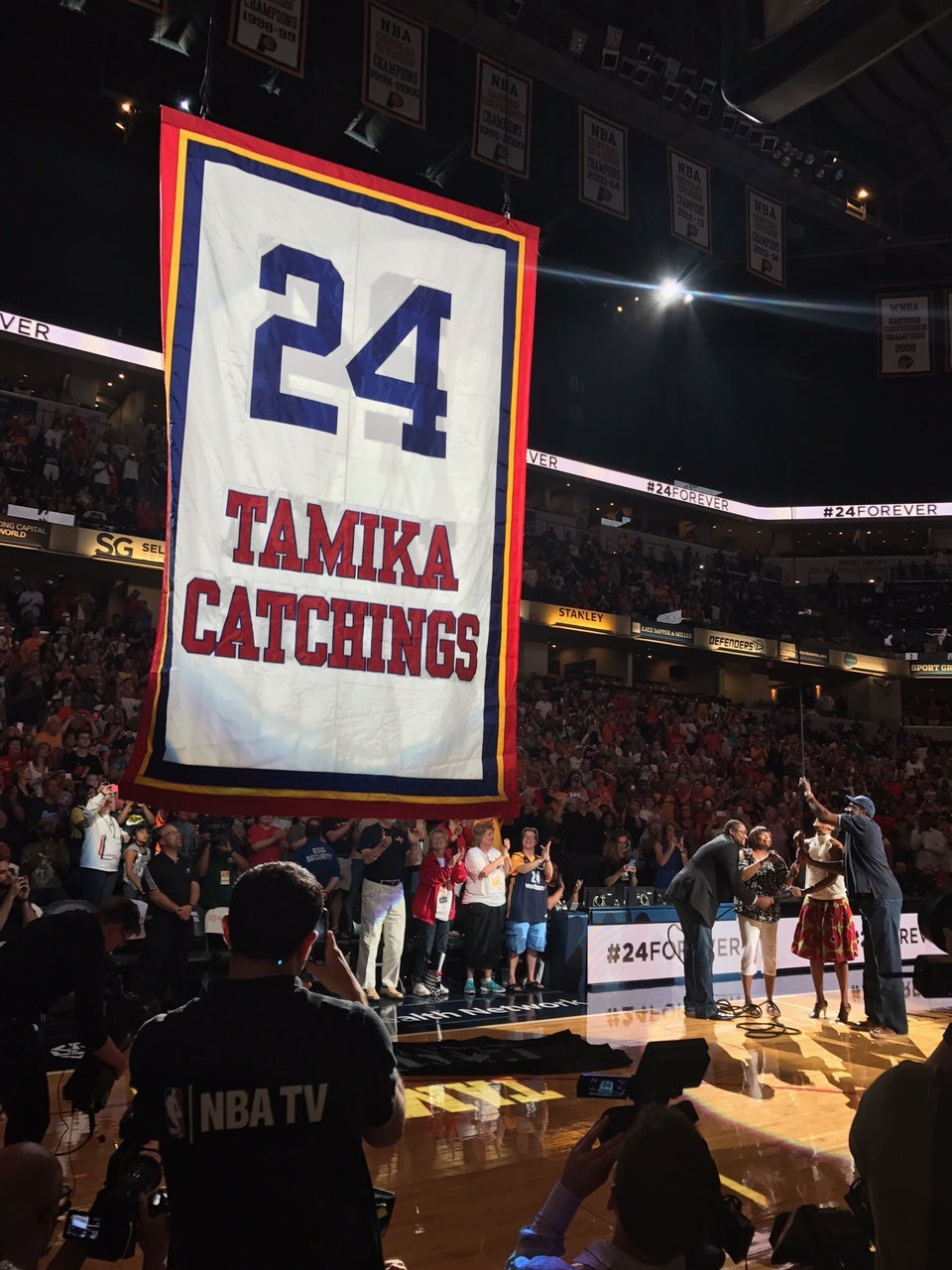 No show was going to be big enough to honor Tamika Catchings on Saturday night. After 16 seasons of stardom, the Fever gave Catchings their best shot.

Fans were there, proud to see the moment up close:

Today is Ashley’s Birthday and she loves @Catchin24. She flew in from Miami to be here for Catch big night! @WISH_TV pic.twitter.com/gF3V6976xI– Anthony Calhoun (@ACwishtv) June 24, 2017

Number 24 is officially in the rafters at the Fieldhouse, and good luck finding a dry eye in this video.

Catchings is the first player in franchise history to have her number retired. She was overcome by emotion at the event.

Tamika Catchings is overcome by emotion after watching #24 go into the rafters. Believes her mission after basketball is her most important pic.twitter.com/dTCXQDIIFW– Charlie Clifford (@cliffWISH8) June 25, 2017

Her record precedes her: 12 All-WNBA teams, 10 All-Star appearances, 2011 League MVP, followed up by the magical 2012 season. She led the Fever to their only title in league history, taking the Finals MVP that evening.

At her jersey retirement, she was the MVP one more time.

Here’s what Catchings had to say:

24-Hour News 8 Sports Director Anthony Calhoun was at the event and tweeted the following memory from their past:

BIG night for my friend @Catchin24 as the Fever will retire #24 jersey. Indy truly blessed to witness one of the BEST to ever play in #WNBA! pic.twitter.com/qHIIh5JSAx– Anthony Calhoun (@ACwishtv) June 24, 2017