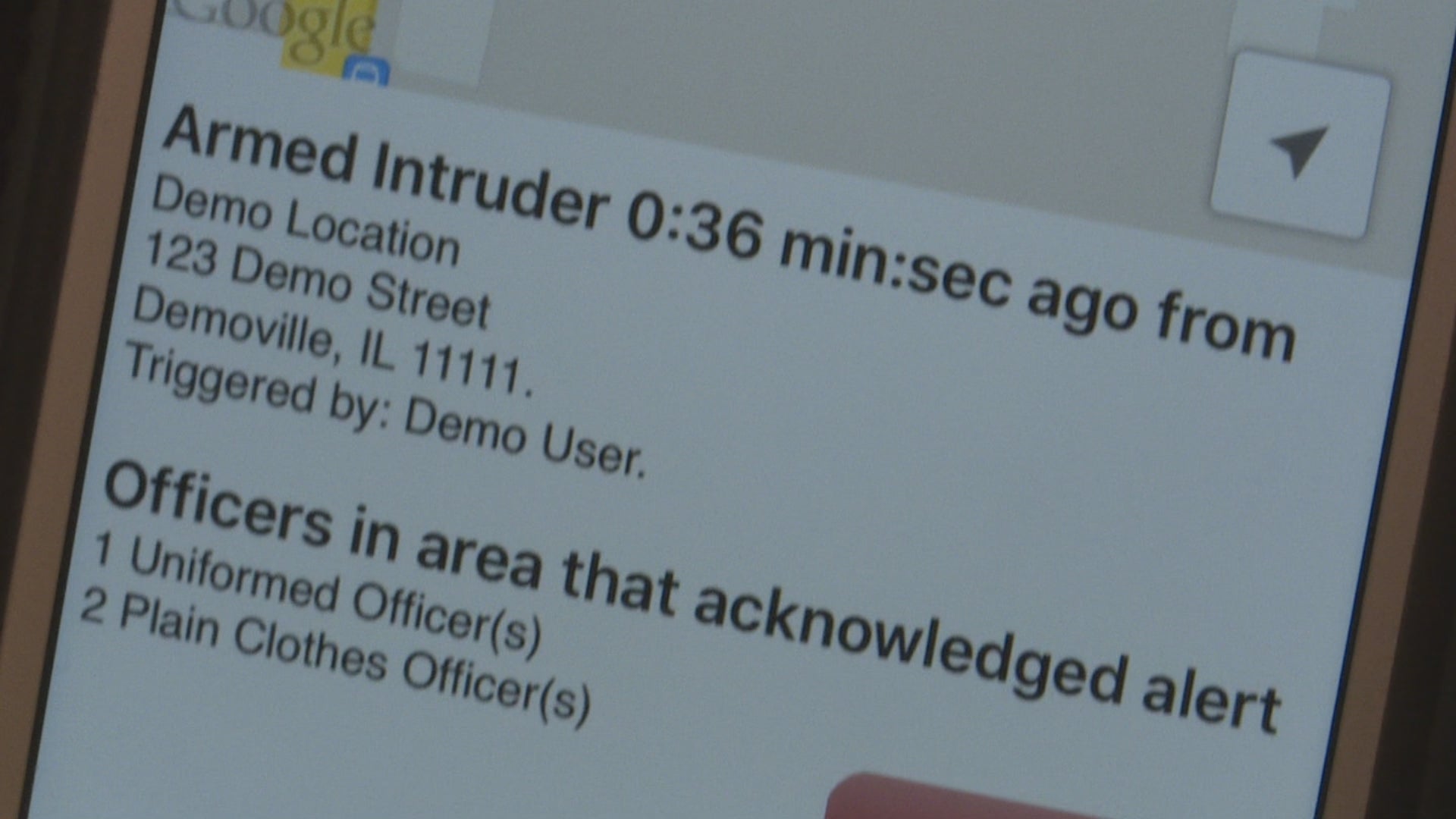 INDIANAPOLIS (WISH) — Imagine instant contact with police during a school shooting or another life-threatening emergency inside your child’s school.

School security is incredibly important to Ashley Kidwell. Her 10-year-old daughter is in fourth grade.

“I want my daughter to feel safe at school and I want to be comfortable sending her to school knowing she’ll come home at the end of the day,” Kidwell said.

She likes the idea of an instant contact phone app in case of a school emergency.

“I think it’s great if people remember to use it,” Kidwell said.

David Reynolds, the Porter County sheriff, said Tuesday, “It notifies on-duty and off-duty police immediately and 911. It doesn’t circumvent the 911 aspect, but it notifies them.”

The sheriff showed the Hero 911 app and said his deputies use now. He said their schools pay about $1,200 a year so teachers can use the companion app called School Guard.

“When the teacher his the button, it notifies all law enforcement whether it be city, town, county or state within a geographic area immediately of a situation,” said state Rep. Greg Steuerwald, a Republican from Avon.

“While some schools currently implement rapid response systems, my proposal would help provide a funding option to schools with limited financial resources,” Steuerwald said in a separate statement. “These systems cut response times for public safety officials, which is key to saving lives in active shooter situations. Because they are so effective with getting vital information to law enforcement, we want to ensure every school has the opportunity to install rapid alert systems.”

Steuerwald also said in his statement that schools and local sheriff’s departments would work together to apply for funding for rapid response systems through the Indiana Secured School Safety Grant Fund. Established in 2013, Steuerwald said the program supports initiatives to help schools address potential safety threats. To date, the program has delivered more than $53 million in matching grants to schools districts across the state.

In an emergency, like a school shooting, seconds could mean life or death

“While you’re going through this scenario, the clock’s ticking … one, two, three, while somebody’s shooting, maybe,” Sheriff Reynolds said.

Steuerwald’s bill would unlock grant money for school districts or sheriffs to pay for the initial setup costs of an app-based active event warning system similar to the one Greenfield-Central Schools uses now. In an emergency, its 300 teachers and 300 staff members can just tap a button on their phones.

“The things you’re asking for in this bill, the superintendents of Hancock County do support,” said Harold Olin, Greenfield-Central Schools superintendent. “We feel like this is a good way of making our schools a little safer.”

The bill unanimously passed a committee Tuesday and now heads to House lawmakers for a vote. Steuerwald says that could be as early as next week.