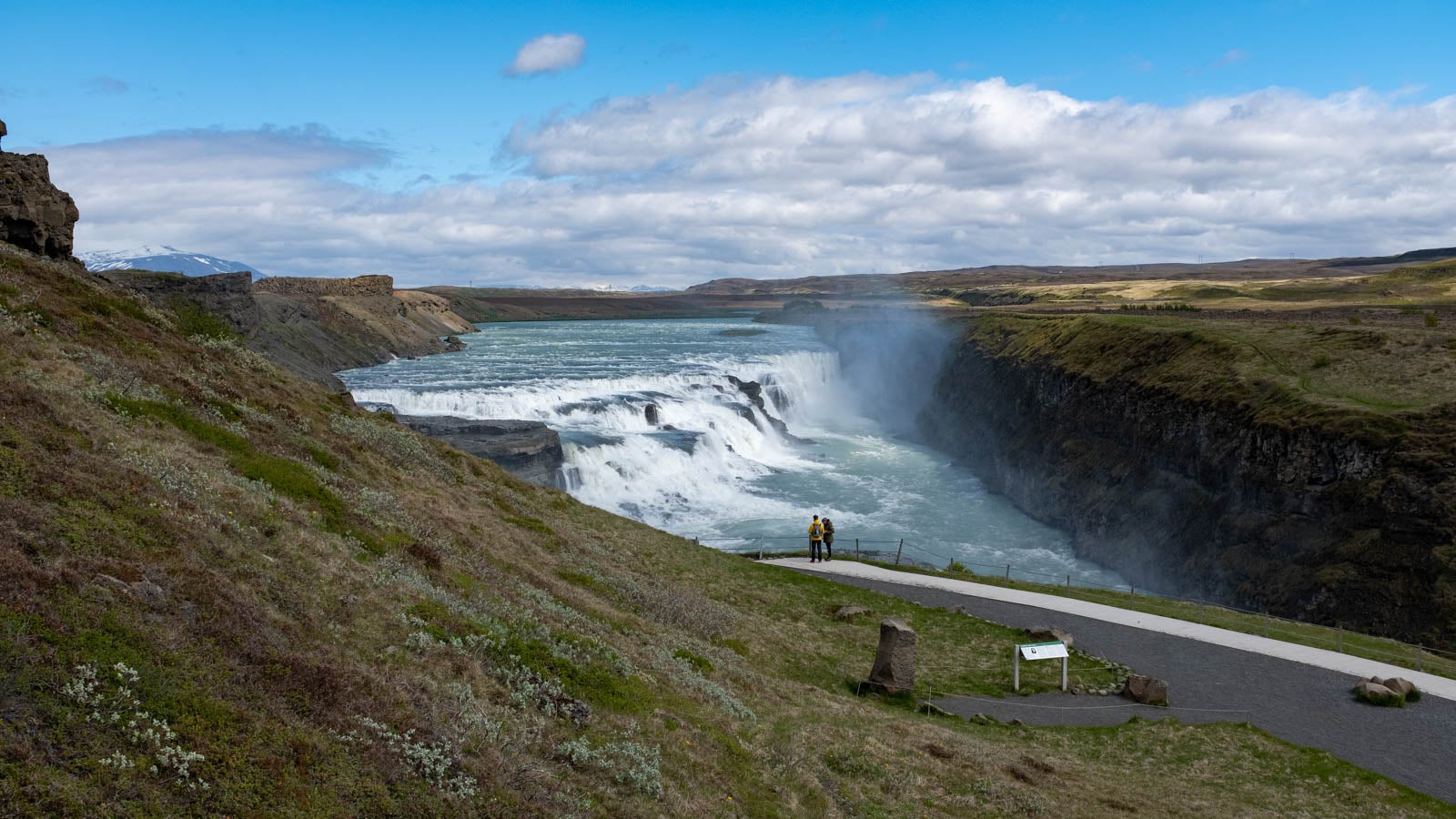 (CNN) — The bars and restaurants are full. People are out enjoying themselves. Spectacular geological attractions are wide open to tourists. Anyone visiting Iceland right now could be forgiven for thinking they’ve arrived in a parallel universe where the coronovirus never happened.

It’s a tantalizing prospect. For people arriving from countries still under lockdown, the sheer normality of eating lunch in a bustling Reykjavik cafe is almost as thrilling as peering over the thundering abyss of Iceland’s mighty Gullfoss waterfall.

There’s an added bonus for anyone who does make the trip here at the moment. Usually crowded with travelers at this time of year, the country is empty. Visitors will more or less have attractions like Gullfoss or the explosive hot springs of Geysir to themselves.

This isn’t because Iceland has been immune to Covid-19. In its early stages, the infection wreaked havoc among the island’s relatively small population. But thanks to a rigorous regime of tracking and tracing, it has more or less been eliminated, giving the country confidence to reopen borders on June 15.

Two days later, on June 17, Iceland celebrated its annual national day with its usual zeal, locals mingling in the pretty Nordic streets of the capital. There were no face masks or social distancing as Prime Minister Katrin Jakobsdóttir came out to address the crowds.

There’s no complacency though. Before entering Iceland, travelers must wear a mask on flights and within the arrival halls of Keflavik Airport. On landing, they join a new queue for nose and throat swabs to filter out anyone who might be carrying Covid-19.

This can be an unsettling experience. It involves being ushered into a cubicle where two people dressed in full medical protective gear use long plastic sticks to prod much deeper than you might expect to take a sample.

From July 1, when Iceland opens up to countries beyond the European Union’s Schengen Zone, visitors will have to pay $114 for this process.

Results come by text message several hours later. If positive, visitors must enter quarantine for 14 days regardless of any plans they might have for their visit. There’s also the option of forgoing the test and going straight to quarantine.

If the test is negative, visitors are free to enjoy Iceland with no restrictions. As of this coming weekend, they could head straight from the airport to the steaming waters of the Blue Lagoon, just a few miles down the road.

Ultimately, Iceland’s screening and contact tracing system has been so efficient that it can boast one of the lowest virus death rates in the world: three per 100,000 people compared to 440 per 100,000 in the UK.

Kári Stefánsson, CEO of deCODE, the private lab in Reykjavik that handles all of Iceland’s testing, tells CNN that part of this success is down to efforts to identify regional accents displayed by mutations of the virus arriving from different parts of the world.

“When a virus moves into a new region, it continues to mutate somewhat randomly,” Stefánsson says. “Since we have sequenced the virus from everyone in Iceland, we can first determine where the mutation came from and then we can follow it as it’s spreading in society.”

That data is passed on to the health authorities who use it to trace anyone who might have come into contact with the virus.

Kristin Yr Gunnarsdottir got to experience this first-hand when she was called up by the tracing team and told she had been served by a waiter with Covid-19 during a lunch she’d had six days earlier.

She had to go into isolation and soon developed virus symptoms. Then she was tested positive.

“It was a bit shocking because then I knew I had to be home for at least two weeks, but I ended up being at home for 23 days because you have to be at home without symptoms for seven days before they let you out.”

Stefánsson is baffled that other countries aren’t using the same system.

“We have been able to work on this in an informed manner rather than poking in the dark and I insist that what has happened in the United States, what has happened in Great Britain, is that, because of lack of screening or lack of an attempt to understand what is really going on, it has been really difficult to contain the infection.”

With the virus under control, the government is stepping up again, to help restart the economy, particularly the hard-hit tourism sector. That’s why it’s so keen to reopen its borders, despite the risk of arrivals bringing in fresh infection.

“I am obviously worried about a second wave, but in Iceland we are faced with very high unemployment rates right now,” Prime Minister Jakobsdóttir tells CNN. “We are not very used to high unemployment rates, so our guideline now in the government will be how to lower that number and to have more people working again.”

The latest official figures show the unemployment rate in Iceland doubled from January to April to 7% and has presumably been climbing ever since.

Attractions such as the Blue Lagoon geothermal spa have been closed since March, which has lost it the revenue from 2,500-3,000 paying visitors on average per day. While it is set to reopen this weekend, numbers will be restricted to reduce the risk of spreading the virus.

Bookings have started coming back in for visitor tours too, offering hope to people like Scott Drummond, co-owner of Hidden Iceland, who says he had to cut his staff headcount from 15 to six during the crisis.

“We were able to hold on for a little while, but it was getting to that point where it wasn’t going to be that much longer that we could hold on for with no revenue,” he says.

Now that the border is reopening, things are looking up. “Our website traffic surged 500% in a matter of days as soon as the announcement came.”

Tourism only accounted for 8% of GDP in 2019 and economists warn that the border opening won’t necessarily help the wider economy.

“It’s devastating for the tourism industry for sure but as an overall effect, the balance of trade in Iceland has not been hit that severely and opening the borders will also cause currency to flow out of the country with Icelanders traveling abroad,” says Professor Tinna Ásgeirsdóttir of the University of Iceland.

“Icelanders, up until now during this Covid crisis, have been spending their money to a greater extent within Iceland, so there are a lot of things to consider.”

Prime Minister Jakobsdottir also recognizes the pent-up demand among Icelanders for reestablishing connections to the outside world.

“It’s not just about the economy, it’s also about the fact that we are an island and in our modern times, just having a normal transport between countries is an essential factor and it’s very different when you’re an island or when you have borders lying with other countries all around. It’s a very different situation.”

Iceland now hopes to be an example of how to recover from a pandemic as well as how to handle the virus itself.

It’ll be an equally challenging test for the cohesiveness and resolve of this small island nation.