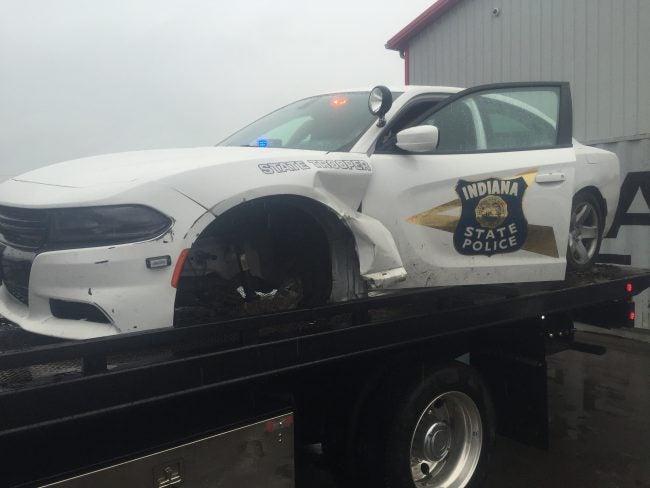 According to ISP, the accident happened just before 9:30 a.m. on I-70 near the Knightstown exit.

Police said that an ISP vehicle, driven by 35-year-old Trooper Scott Keegan, was passing a semi when the semi swerved in his lane hitting the ISP vehicle.

The semi, driven by 47-year-old Ronald Weber, did continue east after the accident for approximately a mile before stopping.

Keegan, a 12-year veteran of the ISP force, was checked out at the scene for back pain.

Police said an early investigation indicates that the semi was attempting to change lanes for traffic merging from the Knightstown exit when he struck the ISP vehicle.

Weber did receive two citations as a result of accident. He was cited for an unsafe lane movement and for a log book violation.