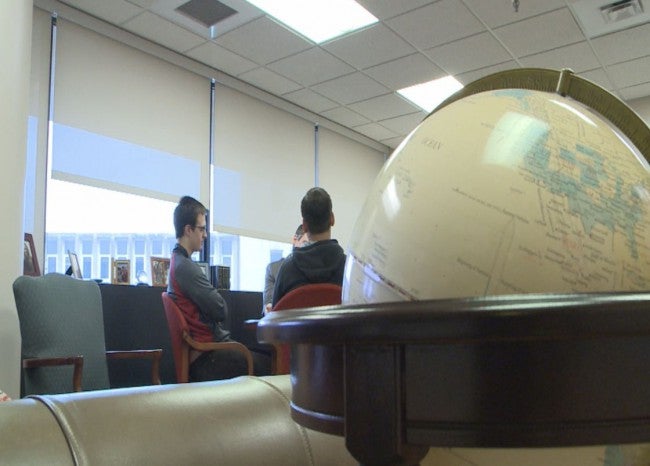 BLOOMINGTON, Ind. (WISH) – A group from Indiana University has returned after a spring break study abroad trip to Cuba.

Their return came just before President Barack Obama met with Cuban President Raul Castro over the weekend in a meeting that marked the first time leaders from the U.S. and Cuba officially met to talk in more than 50 years.

This spring break study abroad program on public policy through Indiana University’s School of Public and Environmental Affairs was planned before the president announced the U.S. would take steps toward restoring diplomacy with Cuba back in December.

“It seemed like a really good opportunity,” said IU junior Kelcey Saunders. “At that point, there weren’t any talks between Obama and the Cuban government. I was like, this could be a once in a lifetime opportunity to go to Cuba.”

Right now, they say, not much has changed in Cuba. They say their mobile phones and American credit and debit cards didn’t work in the country. They say Americans are now able to bring back $400 worth of Cuban goods; $100 of that can be alcohol or tobacco products.

Americans cannot travel to Cuba simply for tourism at this point. They would need an approved reason, whether it’s educational, religious, humanitarian, or another approved reason.

“One thing that has changed is that Cuban Americans can send larger sums of money to Cubans in Cuba, and that is affecting the economy there. It’s affecting living standards of people who do have access to this money, and it is creating a little bit of a problem they’re having to deal with, which is a growing level of income inequality they haven’t seen, which is growing because of these remittances, and also the growing tourism industry, which is creating some problems with levels of equality and employment,” said clinical assistant professor Dan Preston, with Indiana University School of Public and Environmental Affairs.

“A lot of people don’t realize tourism is Cuba’s number one industry. It’s a huge tourist destination for Europeans and especially Canadians. Some parts are relatively westernized, which is something I wasn’t expecting,” said IU senior Clinton Small.

“They were very welcoming people,” said IU senior Shaf Shaikh. “Their infrastructure, I believe 80 percent was built in the 1950s, one of the experts there told us. It was amazing to see how they were able to maintain it, and try to improve it thereon.”

“That’s one of the first things you notice when you arrive, that the country is still in need of investment. Havana itself, once you get past some of the restored buildings, a lot of the streets have buildings that are crumbling. A lot of housing situations that are not ideal,” said Preston.

Preston added, there are thousands of older-model cars, far more than you’d imagine, mostly from the 1950’s. He says many are now being converted into taxis.

“We’ve had the opportunity to see what it’s like before the changes have really been implemented,” added Preston. “If I keep going back, taking successive student groups, we can learn both positive and negative impacts of change and see firsthand what’s really changing,” said Preston.