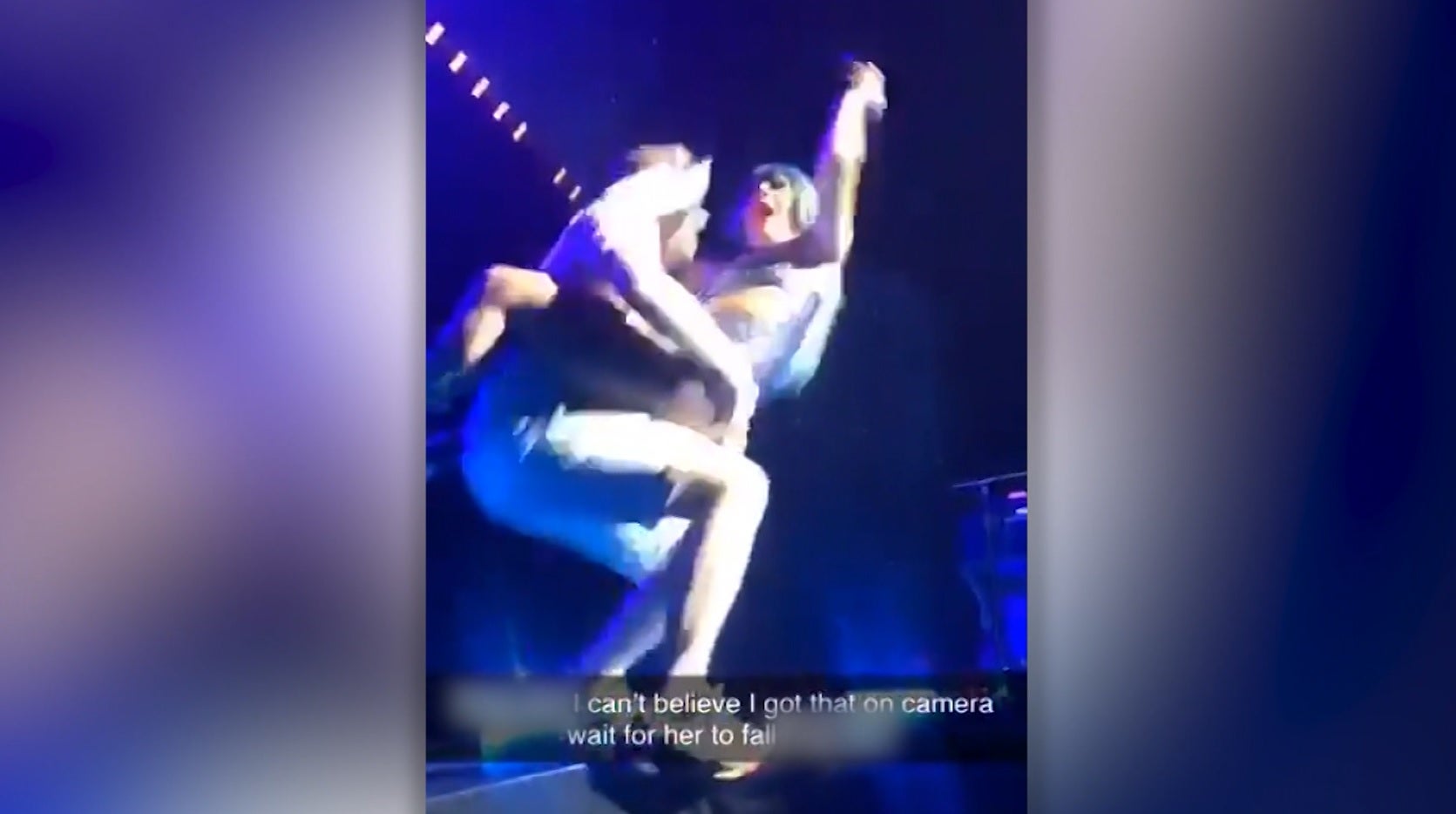 The performer fell offstage Thursday night in Las Vegas, according to Entertainment Tonight.

Apparently Lady Gaga invited an audience member onstage during her show at the Park Theater at Park MGM and that’s when things took a turn.

A fan captured the whole ordeal on video.

In it, you can see the fan pick Lady Gaga up as she wraps her legs around his waist.

Moments later, the man appears to stumble and both he and Gaga fall down

However it didn’t appear to be a serious issue, as Gaga got back onstage and was singing and dancing as usual.

No official word if either Gaga or the fan were hurt.