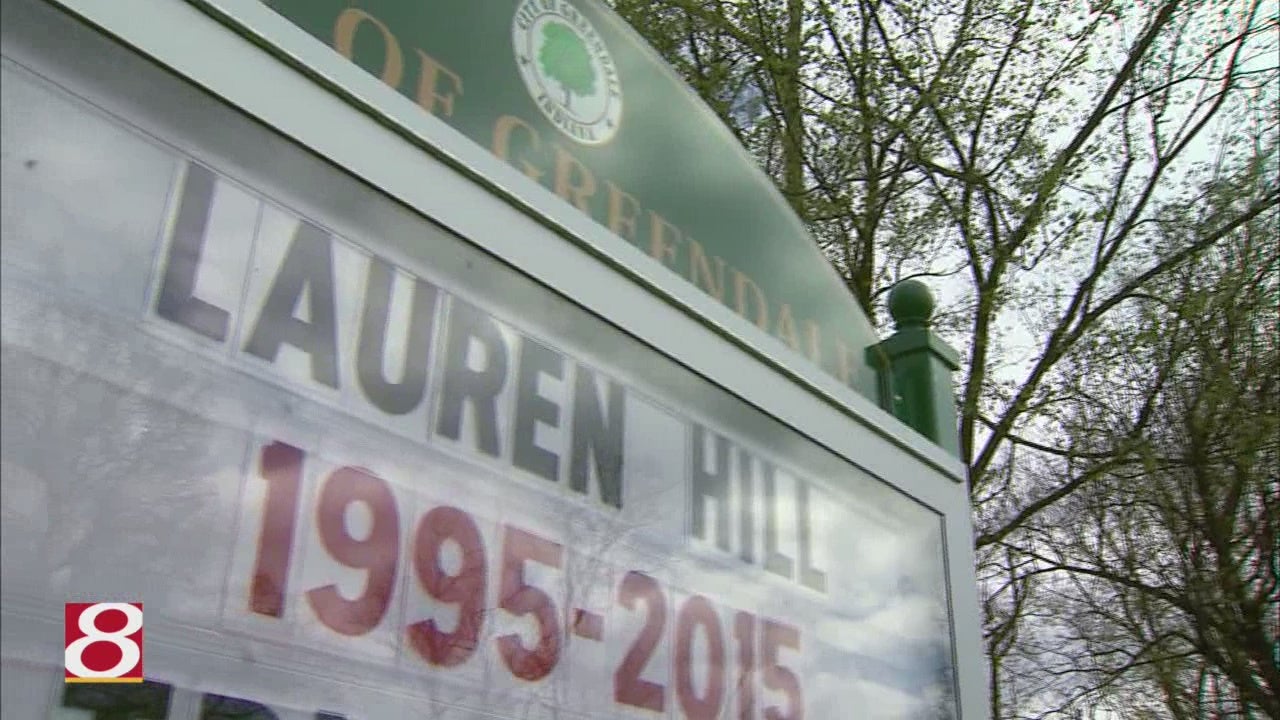 The 19-year-old was diagnosed with an inoperable brain tumor but despite that, she pushed through to follow her dreams of playing basketball in college.

Despite the worldwide attention her story attracted, her hometown mourned the loss today.

“She was a quiet, shy student in middle school so it was cool to see her blossom into this public speaker on behalf of terminal brain cancer,” said Lawrenceburg Superintendent Karl Galey.

The world met Lauren Hill after she refused to let her inoperable brain tumor stop her from living the life she always dreamed, and that meant playing college basketball.

“I’ve grown close to her through sports and knowing her family for so long,” Schwing said. “Not being able to see her anymore is really hard.”

On the front steps, students worked through the afternoon on a memorial, but what speaks louder than any sign, was the legacy Lauren left behind.

“Going through the disease that she had just proves that anybody can achieve their dreams and what they want with their life,” Hartly said.

If there’s one thing we can learn from #22, is never give up. If you can do that cancer is nothing.

“She took her dreams and took it to the next level,” said Schwing. “She beat cancer. She beat it for all of us.”

School officials say they were ready for today and counselors are on hand to help students grieve.