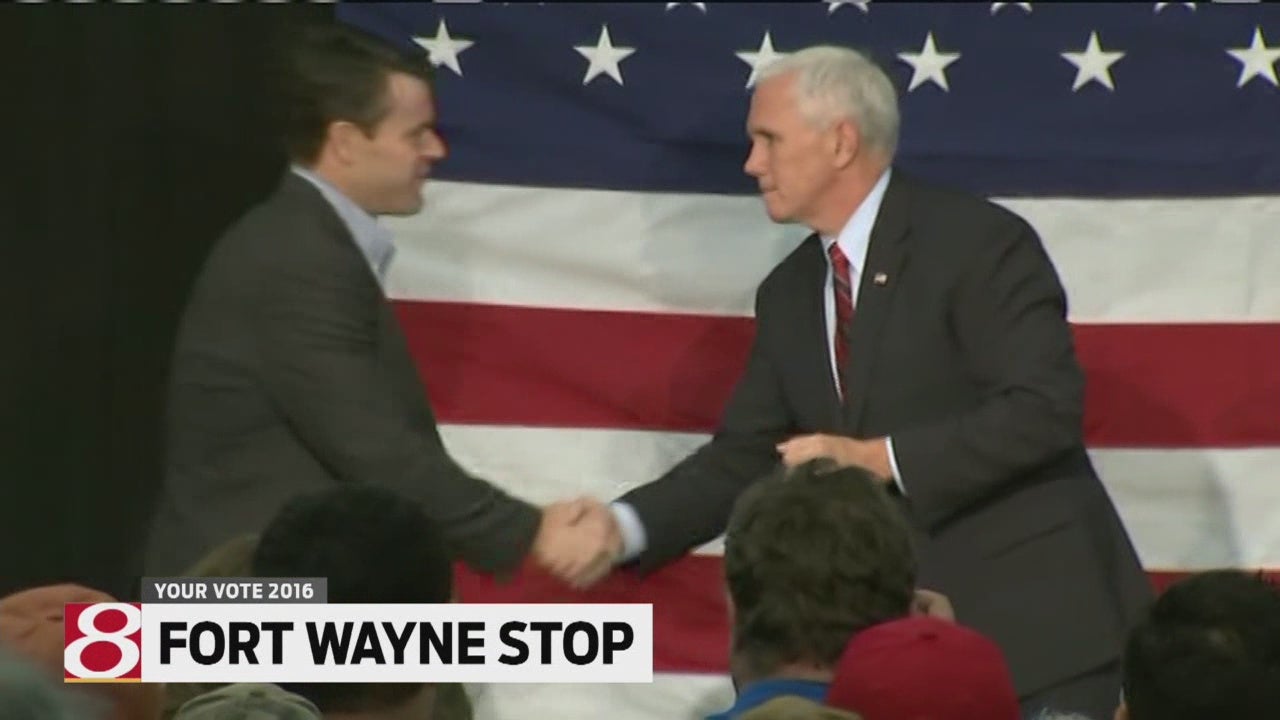 It was in Fort Wayne and he came to give a boost to a pair of fellow Republicans.

But support from Pence does not guarantee success. Here in Indianapolis, Democrats still believe Pence will hurt Eric Holcomb.

“The Pence-Holcomb administration has steered Indiana on a detour,” said State Democratic Chairman John Zody, “a direction Hoosiers want to move away from as soon as possible.”

But in Fort Wayne Pence went all out.

“And would you join me in thanking the next great governor of the state of Indiana Eric Holcomb and his wife Janet,” he told the crowd. “Let’s make sure they go to the Statehouse and keep Indiana growing.”

He brought both Holcomb and Young on stage in the middle of his speech.

We’ll find out if it helped or hurt in 39 days.