‘Big pile’ of eels dumped in NYC park; impact not yet known 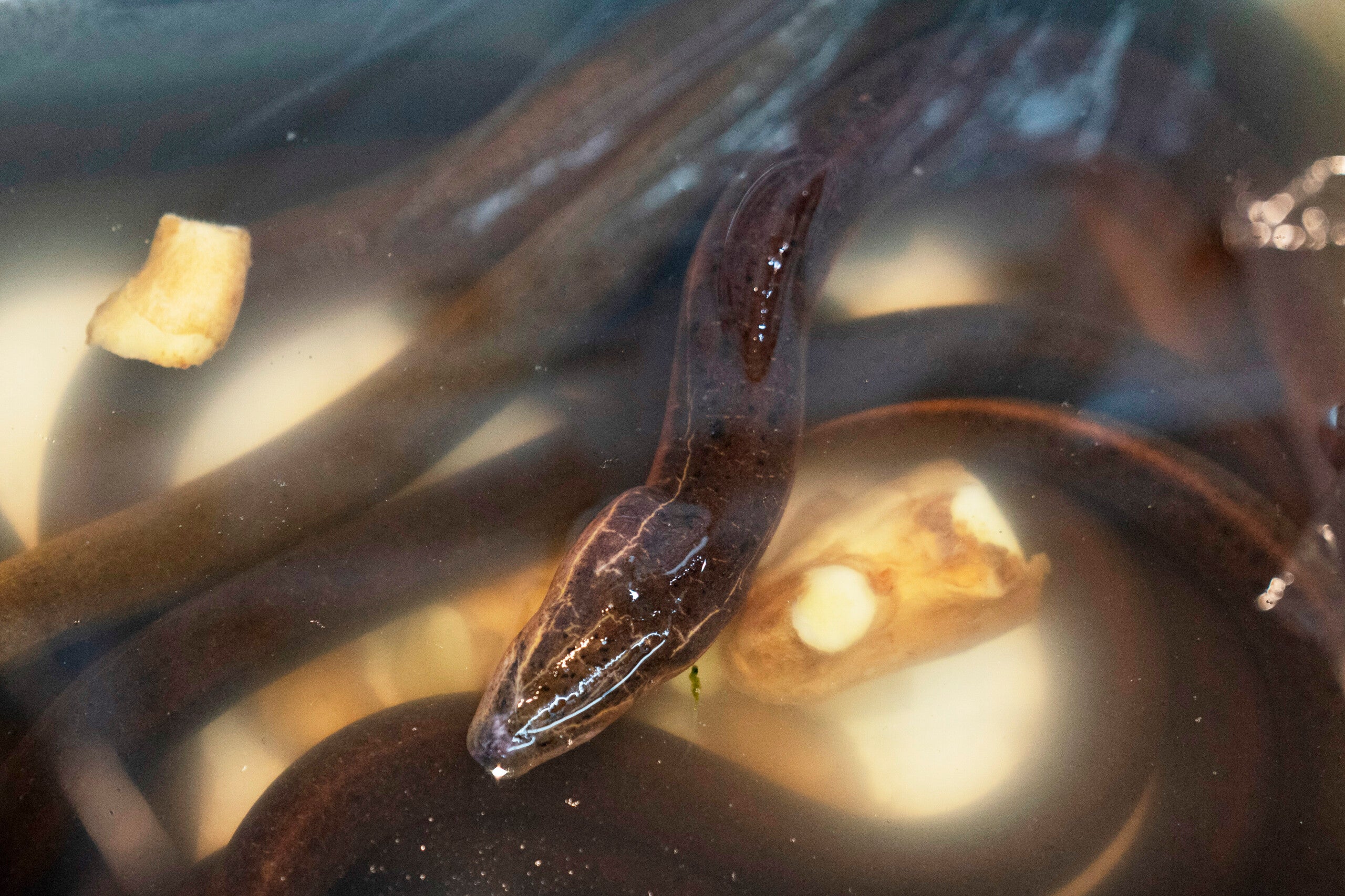 Asian swamp eels are on display for sale at a market in the Chinatown neighborhood of the Manhattan borough of New York on Tuesday, Oct. 13, 2020. New York state and city wildlife officials say it's too soon to know the local impact of exotic eels dumped into a Brooklyn lake in September 2020. The nonnative eel species has been illegally released into freshwater bodies in at least eight U.S. states, including New York. (AP Photo/Mary Altaffer)
by: The Associated Press
Posted: Oct 17, 2020 / 02:12 PM EST / Updated: Oct 17, 2020 / 02:12 PM EST

The nonnative eel species has been illegally released into freshwater bodies in at least eight U.S. states, including New York.

Officials don’t expect the eels to survive winter in the Big Apple, but biologists warn they could still outcompete and prey on native species this fall.

The recent eel release is just one example in a long history of city residents letting exotic animals loose in urban parks.